Home All The News Moyes: West Ham to ‘discuss’ Lingard’s future this summer 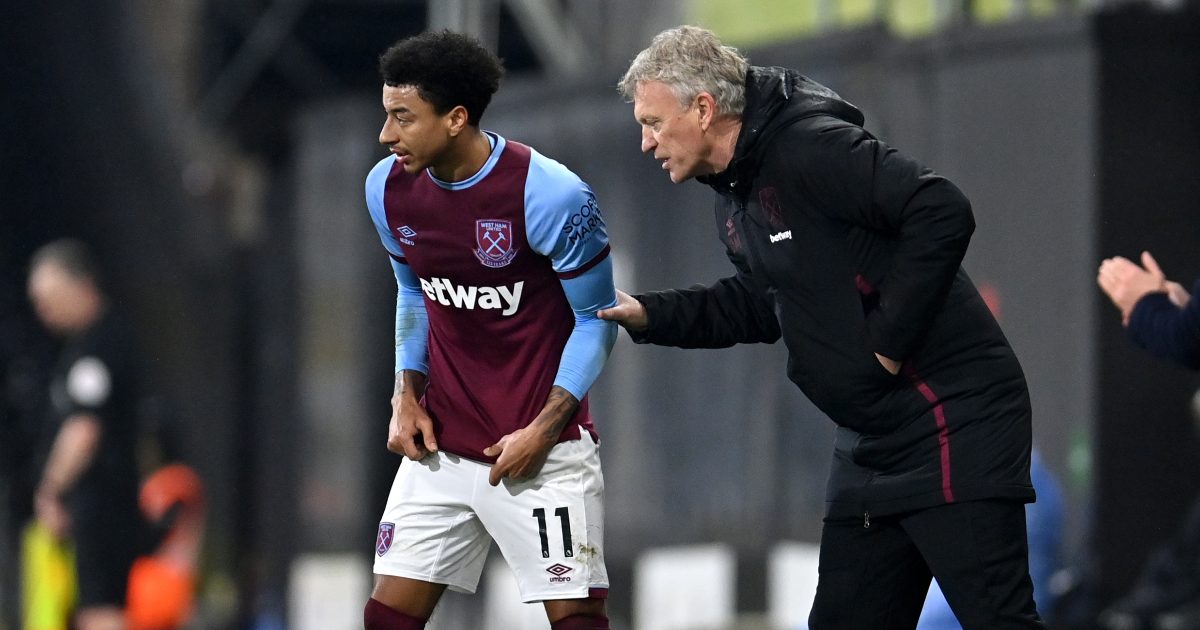 David Moyes also insisted that he was “really pleased” that Jesse Lingard had been recalled back into the England fold.

Lingard’s performances since joining the Hammers on loan from Manchester United in January have earned him a Three Lions call-up for the first time in two years.

The 28-year-old, who was a regular starter for England at the 2018 World Cup, already has four goals to his name to give West Ham’s push for a top-four finish a major boost.

“I am really pleased for Jesse, it’s great for him, and his performances have warranted it in how he has played for us,” said Moyes.

“I have to say he has been very good and we just hope that continues. We want him to be positive and show exactly what he can do on the pitch.

“He has helped us, he has been a good acquisition for the squad in January and I hope he can add a few more goals before the end of the season.”

A return to the international stage should strengthen West Ham’s chances of signing Lingard permanently.

But Moyes added: “We have not thought about that really, we have not taken it any further at the moment.

“We have him on loan and he is doing a good job for us just now, I think we will discuss that and probably look at it at the end of the season.

“But it is not something that we have taken any further than the situation we are in just now.”

Lingard will be back in the side to face Arsenal on Sunday having had to miss the 1-0 defeat against his parent club at Old Trafford.

“He has looked very good this week and I think since he came in everybody has been a bit surprised with how good his fitness is, how good his all-round game is,” said Moyes.

“I can see by the way he is working he is even getting better, his physical data has got better and overall he has been very good for us.

“He has helped us and given us another string to our bow and given us more attacking options, so we are really pleased with him.”