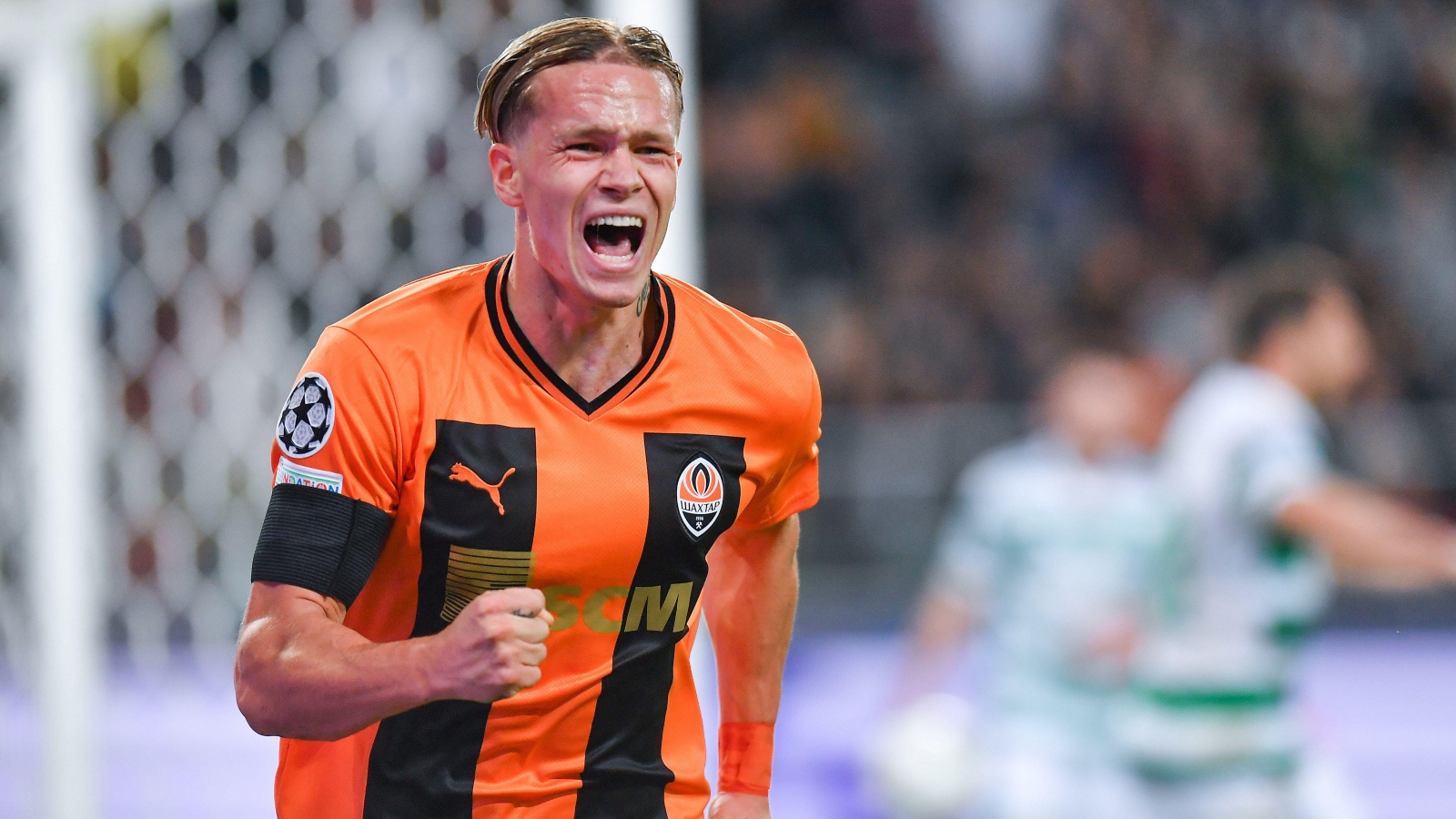 Mykhaylo Mudryk has explained why he would choose Arsenal over Real Madrid if they both came calling in January and revealed he would be upset if he didn’t move in the winter window.

Mudryk has been in fine form for Shakhtar Donetsk this season, showcasing his talents in the Champions League and notching eight goals and eight assists in all competitions.

Arsenal reportedly made a late bid of around £30m in the summer which was rejected by Shakhtar, but are expected to come back in for the 21-year-old, who has an ever-growing list of admirers.

In an interview with Vlada Sedan, wife of Arsenal full-back and fellow Ukrainian Oleksandr Zinchenko, Mudryk said he is a big fan of Arsenal’s style of football as he explained why a move to the Emirates appeals.

“I check on Arsenal in ‘myscore’ & know when they’re playing I can check on them’.

“I also watch them too. (Arsenal are) a very dynamic side, in general not just in controlling possession but also in scoring goals.”

“From a purely theoretical fantasy perspective if there was the option of being a bench player for Real Madrid or a starter for Arsenal, I’d probably choose Arsenal, but it’s a tough question that involves a lot of factors.

“I would first want to know from the head coach that even if I wasn’t a guaranteed starter, that I’d receive a chance. Essentially I need to hear directly from the manager what he envisages my role to be in his side.

“One surprise for me was how many Arsenal fans followed me. No other club’s fans have interacted as much as them. Telling me that they are waiting for me, saying ‘Come to us’. One of my recent posts has over 500 comments saying that.”

Undoubtedly led down the line towards a preference for Arsenal over Madrid, Vlada then asked: “You won’t be just going by ‘the emblem on the shirt’?

Vlada: “Does the prospect of playing on the same wing with Zina, playing with another Ukrainian, encourage you too?”

Vlada: “Will you be upset if you don’t get a move in the winter?”