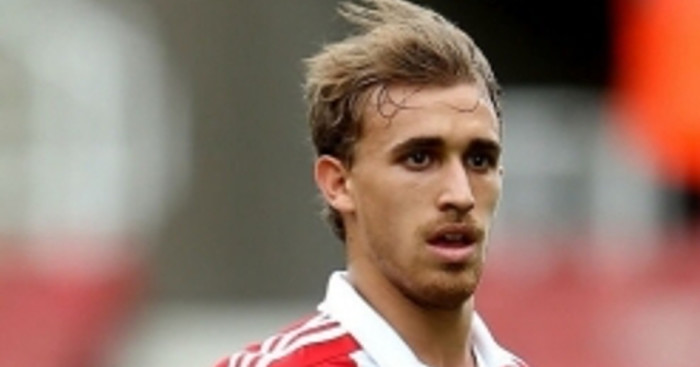 Marc Muniesa says he never doubted his move to Stoke City and believes it’s the right place to fulfill his potential.
The 23-year-old, who recently penned a new four-year contract, has been rewarded with a run in the first team after an injury to captain Ryan Shawcross, and has struck an impressive partnership with USA international Geoff Cameron.

The former Spain youth international has earned plaudits from the English press for his performances this term, and has vowed to repay Mark Hughes’ faith with more solid showings.

“It was an easy decision for me to stay at Stoke for a long time. Since the first day they wanted to speak to me I wanted to sign,” the defender told the club’s official website.

“They have shown a great confidence in me, and it was easy for me to repay that. This is the right place for me.

“I’m not entirely happy because the results and the points are not in our pocket yet, but that will come. We just have to keep going, working hard.

“We will get there. I trust in this team.”

Muniesa joined Stoke from Spanish giants Barcelona in the summer of 2013 and made 22 appearances for the Potters last season, scoring two goals.