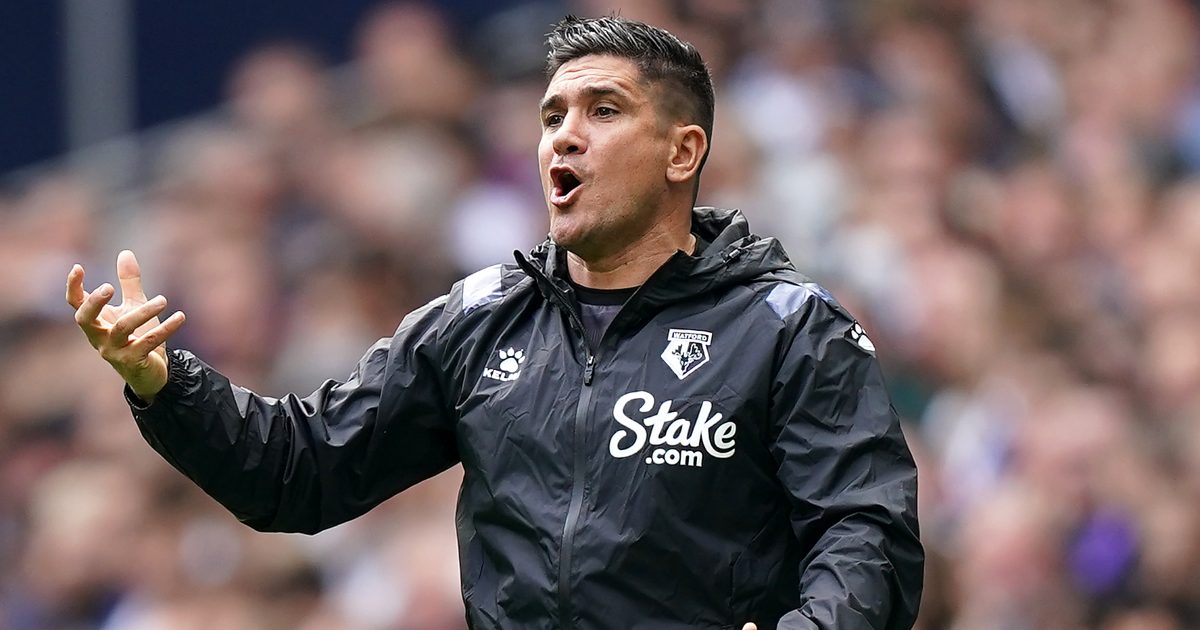 Watford manager Xisco Munoz believes his side will have a tough challenge this weekend as Wolves have a lot of “very good” players at their disposal.

Munoz’s side won their first game back in the Premier League as they got the better of Aston Villa. They have suffered back-to-back defeats against Brighton and Tottenham since then.

Meanwhile, Bruno Lage is yet to win in the Premier League as Wolves have lost their first three league games.

“I don’t want the people to maybe think about that they have no points; no, no, no,” the Watford head coach insisted.

“Yes, it is true they don’t have points but they have very good players, a good style and a good manager.

“They are very good in transition and we need to give 100 per cent to take the points because it is important for us to continue with the same attitude as the last games, but also important we have a little more ambition to take points.

“We know we have in front a strong team and for sure it will be a good game. I think we need our fans even more for this important game. It is our second (league) game at home and we need everyone to live with passion and power from the first minute.”

Saturday’s match marks the beginning of a new era for Watford according to Xisco, after forward Troy Deeney was allowed to leave at the end of August.

It brought his 11-year chapter with the Hornets to a conclusion and the weekend is the first time the club will play since the departure of the long-serving captain.

Xisco has called on others to step up and fill the void of Deeney, who scored 140 goals during a successful spell at Vicarage Road. One player who could is attacker Joao Pedro, back fit again following a knee injury in the summer.

The Brazilian moved to England at the start of 2020 but struggled to make an impact initially before he shone in the Sky Bet Championship last season, scoring nine goals to help secure promotion.

“João has been working very hard in the past two months and he started (to train) with us this week, so we will see if we can put him in the list or not,” Xisco added.

“He is very important for me because he is a flexible player. He understands the space behind the lines, can play as a winger or inside and is very talented.

“It’s one of those players who sometimes can change a game from nothing. This is what we have and what we want from him.”

Ozan Turfan could make his debut this weekend, but Ben Foster (hamstring) is injured and Francisco Sierralta’s availability remains unknown while Watford continue to have dialogue with FIFA after Chile asked for the defender to be banned having missed international duty over the last week.