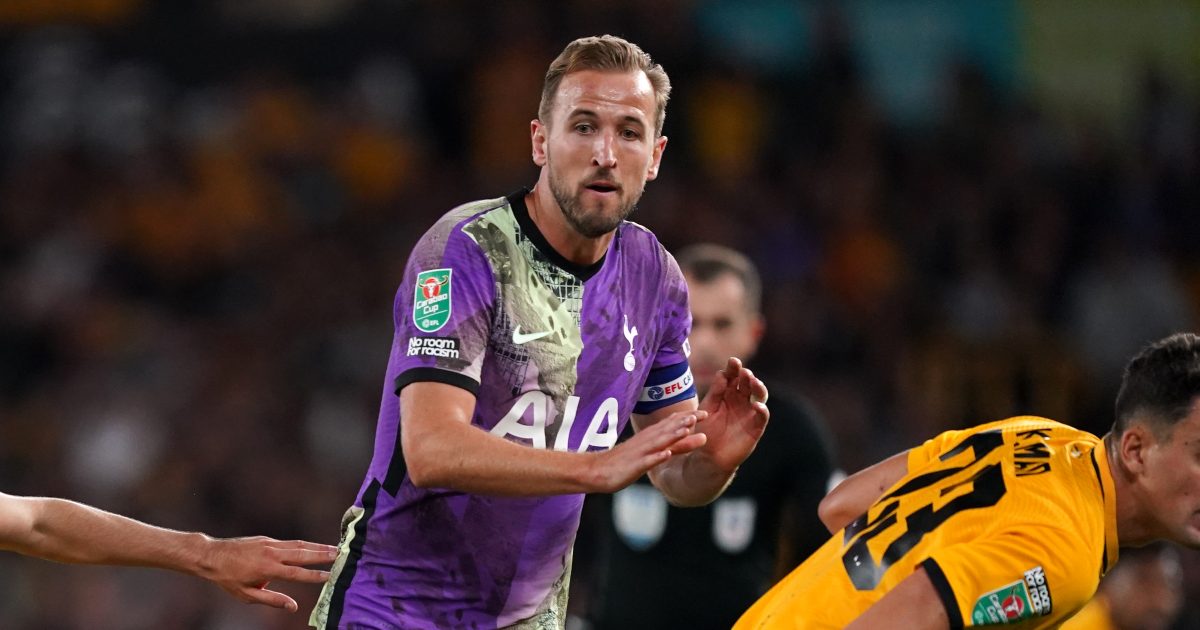 Tottenham endured one of the most embarrassing nights in their history as they were beaten by the lowest-ranked team in the Europa Conference League, going down 2-1 to NS Mura in Maribor.

New boss Antonio Conte will have watched on with horror as his side lost at the death to a team with a UEFA coefficient ranking of 341.

Even though they were reduced to 10 men just after the half-hour when Ryan Sessegnon was sent off, Spurs should still have had enough to see off opposition who had lost their previous four games in the competition and are mid-table in the Slovenian league.

Instead they lost to Amadej Marosa’s stoppage-time goal after Harry Kane had earlier cancelled out Tomi Horvat’s shock opener.

The defeat means Spurs will likely have to beat group winners Rennes in their final game just to qualify for the knockout stages and even then, because they can no longer qualify as group winners, will have to play an extra round of matches.

It was another night of disappointment for those hoping for the chance to impress Conte, with Dele Alli particularly poor and not lasting beyond 52 minutes, and the Italian has further evidence of just how big a job he faces in north London.

The night started in difficult fashion as Tottenham endured what are now customary troubles on their travels in Europe.

Mura, who were only formed in 2012, forged ahead in the 11th minute as Horvat was set free down the right. He took advantage of Davinson Sanchez’s slip and cut inside before curling a left-footed effort into the far corner.

In Kane, Alli and Tanguy Ndombele, Spurs had enough individual quality on the pitch to hurt their opposition, but they were playing with no cohesion and inflicted more self-harm in the 32nd minute.

All the pre-match narrative had been about how this was Sessegnon’s chance to stake his claim under Conte, but he had a night to forget as he picked up a second yellow card for a clumsy challenge on Ziga Kous and was sent off.

In the end Spurs were lucky to get to the interval just 1-0 down as Nik Lorbek flashed an effort just wide with goalkeeper Pierluigi Gollini rooted to the spot.

Conte had seen enough early in the second half and introduced Son Heung-min, Lucas Moura, Eric Dier and Ben Davies – and it almost paid immediate dividends.

Son went on a surging run into the penalty area, rounding several defenders before stinging the palms of Matko Obradovic, who made his first save of the evening.

From the resulting corner Kane should have equalised, but he directed a free header straight at Obradovic.

Spurs eventually found a leveller in the 72nd minute as Kane produced a nice finish.

Two Mura defenders left a Moura pass to each other, allowing the England captain to nip in and clip home in style.

Spurs pushed forward for a winner, with Moura drilling an effort over, but they never looked like winning and instead it was the Slovenians who capped a historic night.

Marosa was released down the right, he cut inside Sanchez and his deflected effort looped over a helpless Gollini to spark wild scenes of celebration.