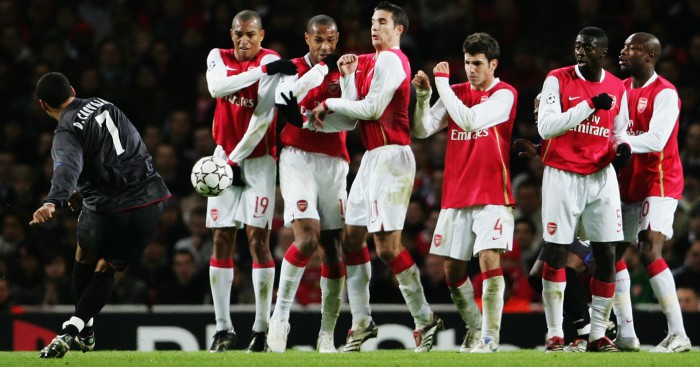 The last meeting between Arsenal and CSKA Moscow was attended by the man suspected of the murder of former KGB agent Alexander Litvinenko in 2006.

An inquiry into the 43-year-old’s poisoning with the radioactive substance polonium-210 revealed that Andrei Lugovoi met Litvinenko at the Millennium Hotel in London along with fellow suspect Dmitri Kovtun on November 1 of that year, and hours later went to the match at the Emirates Stadium.

Traces of polonium-210 were discovered at the stadium, and other venues around London that Lugovoi, Kovtun and Litvinenko were thought to have visited, the inquiry heard.

Litvinenko told a retired Metropolitan Police officer in hospital prior to his death that he drank tea from a silver teapot in the presence of Lugovoi, but it was “nearly cold” and he did not like the taste so only took three or four sips.

“When I left the hotel I was thinking there is something strange,” Mr Litvinenko told police before his death on November 23, 2006.

“I had been feeling all the time I knew that they (Lugovoi and Kovtun) wanted to kill me.”

The game back in 2006 was a group match in the Champions League and finished 0-0.

Arsenal and CSKA will meet again in the last eight of the Europa League next month.

The draw comes against the backdrop of heightened diplomatic tensions between the British government and the Kremlin over the poisoning of Russian spy Sergei Skripal and his daughter with a nerve agent in Salisbury earlier this month.