Home All The News Murphy: Chelsea rely on key players more than Liverpool 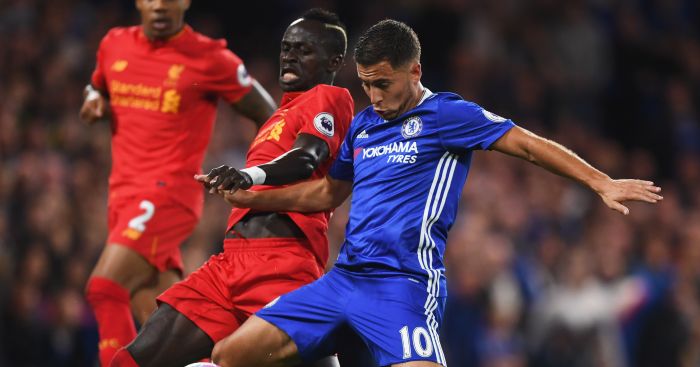 Ahead of Monday night’s Merseyside derby, the Reds are nine points behind the Londoners and a win against Everton would move them up to second place.

Jurgen Klopp’s men have coped fairly well without injured midfielder Philippe Coutinho and Murphy doubts the Blues would deal with an injury to one of their stars as well as their rivals.

“If Liverpool can keep the majority of their best players fit, they are capable of winning the title this season,” Murphy told the Evening Standard.

“I didn’t expect them to be in this race but Jurgen Klopp has his team playing with a level of confidence, energy and fitness that is hard to achieve.

A lot of love for this, from @JohnnyTheNic. Is the football media beyond saving at this point? Is the damage done? https://t.co/jYCRxYJNU0

“What I like about them this season is that, while none of the players has reached the standard Luis Suarez achieved when they nearly won the title in 2014, the team does not seem to suffer too much when individuals are missing.

“Philippe Coutinho has missed the past three league games due to injury and while Liverpool have taken only five points, the performances have generally been good.

“Other players had good seasons in 2013-14 but Suarez was a class apart, winning matches virtually on his own. This season, everyone is contributing.”Just look through the team. Adam Lallana, Sadio Mane, Roberto Firmino, Joel Matip, Jordan Henderson. All play key roles.”Chelsea are not the same without Eden Hazard or Diego Costa. Manchester City are not as threatening without Sergio Aguero.

“While I tipped Chelsea for the title, I believe Liverpool can stay in the race until the end, especially with no European football to worry about.”