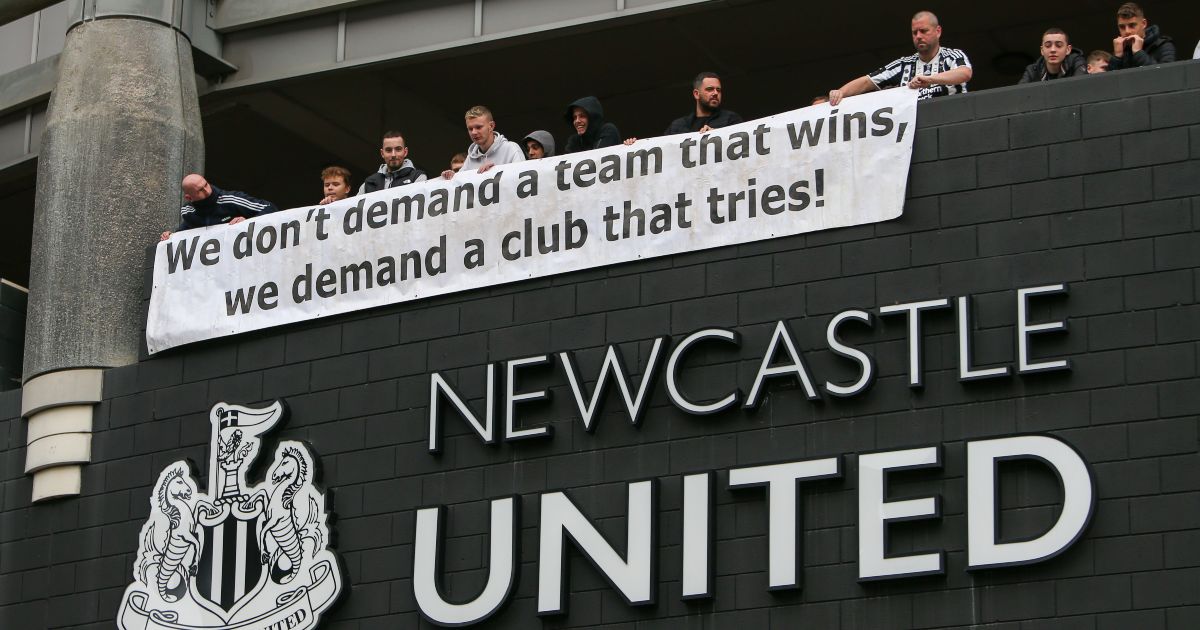 Danny Murphy claims Newcastle United need “four new signings” if they are to avoid relegation from the Premier League this season.

The Magpies were taken over by a Saudi-led consortium recently with the new ownerhip tipped to transform the club’s fortunes after the end of the Mike Ashley era at St James’ Park.

Newcastle fans headed to St James’ Park to celebrate the news as they dreamed of high-profile additions in the next couple of transfer windows.

There have been numerous transfer rumours since the takeover news was announced and former Liverpool midfielder Murphy reckons the Geordies need four new players to make sure of their place in the Premier League next campaign.

Murphy told the Daily Mail: “I’d say Newcastle require four new signings in the next window to guarantee safety. And three of those need to make them defensively better – with one additional glamour name to share the scoring burden with Callum Wilson.

“They have the money to pay high wages so why not aim big in the loan market. Try to get Edinson Cavani in from Manchester United because he isn’t going to play at Old Trafford, or Alexandre Lacazette who is in the final year of his contract at Arsenal. Have a cheeky go for Timo Werner at Chelsea.

“That type of player isn’t going to take the risk of joining permanently in case of relegation.

“Amanda Staveley says she wants Newcastle to be champions in five to 10 years, but right now the aim has to be staying in the Premier League. Newcastle are in the relegation zone for a reason and those final fixtures of 2021 before the window opens are Liverpool, Manchester City, Manchester United and Everton.

“Mike Ashley’s departure will bring a feelgood atmosphere to the city, which can only help. But they still need to recruit wisely.

“Permanent signings will be hard in January but trying to bring in someone like Burnley’s James Tarkowski, a proven defensive leader and out of contract in the summer, ticks a lot of boxes and would make perfect sense.

“I’ve watched a lot of Newcastle this season and, while they have made more chances, they have been woeful defensively.

“If I was manager, I’d want to sign a centre half, holding midfielder and full-back to make the team tough to break down. Once that is delivered, you’d add a goalscorer at the other end of the pitch where Wilson misses too many games. They have creators like Allan Saint-Maximin and Miguel Almiron but not players who can convert the chances.

“That’s why they have to be careful about going for stellar names like Philippe Coutinho on loan until they’ve prioritised in both penalty areas. Longer-term, there have been doubts whether top overseas players would want to head for the North-East. Some may not but I think they will be the exceptions rather than the rule.

“It sounds cynical but most footballers will sacrifice location for financial gain and the new Newcastle owners will certainly be competitive in terms of wages.

“I remember people saying similar things about Manchester City but Sergio Aguero, David Silva and Vincent Kompany not only went there, but stayed for many years.

“If the project is good and the manager persuasive, I don’t think geography has too much bearing. I’m sure most of the current Newcastle squad will be excited by events.”