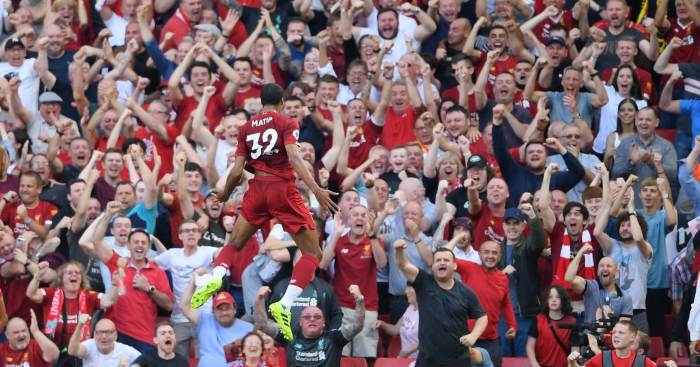 Danny Murphy thinks Liverpool will end their long wait for a Premier League title this season, while he has predicted who else will finish in the top four.

The Reds have made a perfect start to the season with three wins from three – including a 3-1 victory over Arsenal on Saturday – while last season’s champions Manchester City have also made a decent start with seven points.

Murphy has tipped Tottenham to finish in third place and reckons Manchester United will pip the Gunners and Chelsea to fourth spot.

“I think Liverpool will win the league this year,” Murphy told the Daily Mirror.

“Only one club had done it three times on the trot and I think Man City will be so Champions League focused.

“So I’m going Liverpool, City and then Tottenham, I think they’ll take third.

“I actually think fourth will go to Man United. I think Chelsea will do all right and Frank Lampard is a great appointment.

“But United have gone big in the market and the quality they have in the final third – I mean there is doom and gloom around them, but I think they’ll surprise a few.”