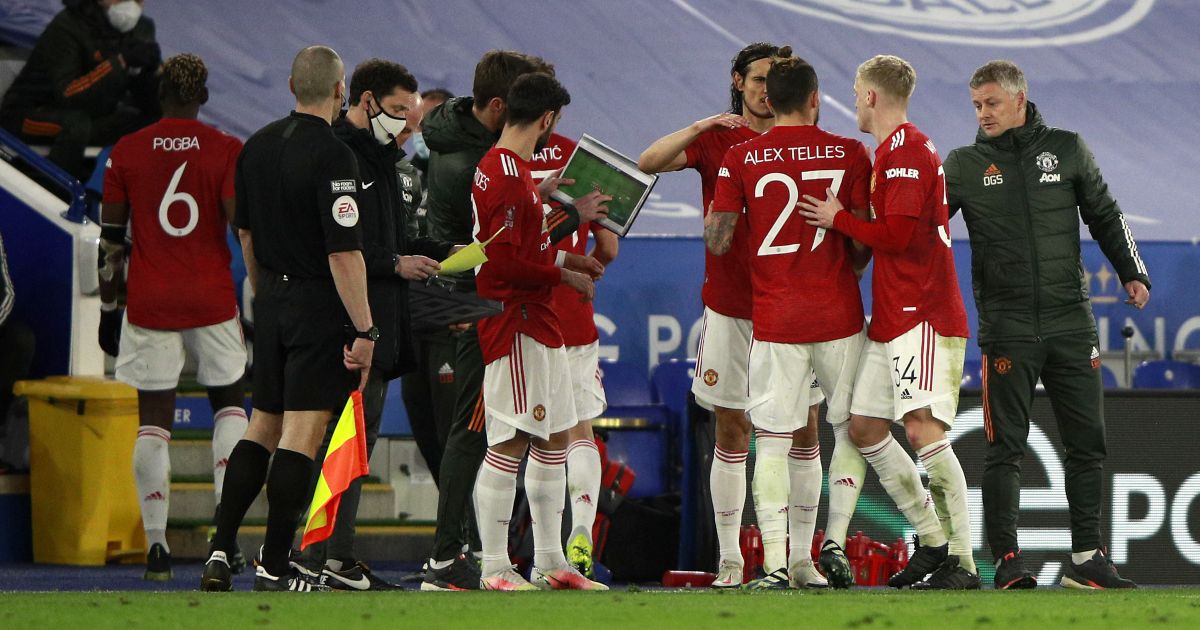 Danny Murphy thinks Man Utd will sack Ole Gunnar Solskjaer if he fails to win the Europa League this season.

The Red Devils crashed out of the FA Cup on Sunday after questions were raised over Solskjaer’s rotation of his team ahead of an international break.

A brace from Kelechi Iheanacho and another goal from Youri Tielemans saw Leicester City end United’s FA Cup hopes, meaning the Europa League is their last realistic possibility of silverware this season.

Do Man Utd need a trophy? Of course they sodding do…

It seems very likely that second-placed Man Utd will gain a top four spot in the Premier League this campaign but Murphy doesn’t think that will be enough if Solskjaer wants to keep his job at Old Trafford.

“They can’t be blaming tiredness for a loss at Leicester in the FA Cup and their squad not being strong enough,” Murphy told talkSPORT.

“United competing in the Europa League is not good enough, first and foremost, the fans know that, the club know that and Ole knows that.

“Not progressing in the Champions League was a massive, massive blow for them.  Yes, they’re going to get in the top four… but so they damn should!

“He’s in a position for me where the Europa League, for me, has become monumental for him and the club.

“I like him and I’m not one who wants to see managers sacked and I do think they’ve made some strides forward, but Manchester United have to be doing better.

“If they don’t win the Europa League and only finish in the top four then I think they’ll make a change.”

However, former Man Utd assistant manager Steve McClaren reckons finishing second would represent “progress” under Solskjaer, with or without trophies.

“I think if Man United finish second and qualify for the Champions League, that is progress,” McClaren said.

“The icing on the cake would be winning the Europa League, I think they’ve got a chance to do that and I think they should do that.

“But if they finished in second place in the Premier League that is great progress and it would be a great season.

“Now he has to follow that through, and that’s the mark of a Manchester United manager. There are ten games left of the season and, like his players, he now he needs to step up.”