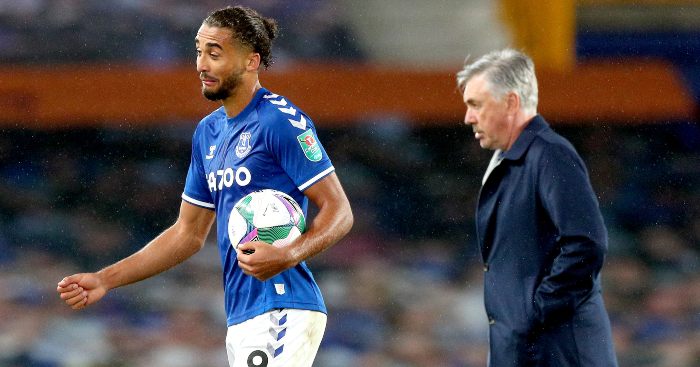 Danny Murphy predicts Liverpool will win next week’s Merseyside derby, but admits Everton are closing the gap on his former team.

In his Daily Mail column, Murphy said Jurgen Klopp’s side will be a “wounded animal” after their 7-2 mauling at the hands of Aston Villa.

But he believes Everton are improving fast, and named several players who would challenge for a starting spot at Anfield.

He explained: “You can chart Everton’s progress by thinking about who you would pick in a joint Liverpool-Everton XI. A couple of years ago, I picked 10 Reds and Andre Gomes, but more of Ancelotti’s players would be in contention now.

“You would not leave Calvert-Lewin out of any team and at the back Yerry Mina would deserve his place based on this season’s performances. However, it is still true that Liverpool remain stronger overall which is why I fancy them on Saturday.

“James Rodriguez is a tremendous player but you would not have him ahead of Mo Salah. I’ve eulogised about Richarlison but he is not quite the same player as Mane. Lucas Digne gets good reviews as Everton’s left-back but you would still take Andy Robertson every day of the week.

“Are Liverpool capable of getting back to being more resolute and harder to play against? Of course they are. They have had the best defensive record in the Premier League for the past two years and that is achieved by good organisation, not luck.

“Mane is the trigger to press from the front, he sets the tone, and Liverpool will be stronger if he is back after self- isolation. Henderson is the leader they missed at Villa Park and he has been fit enough to join up with England this week.”