Home Liverpool Murphy: Two Liverpool players would get in Man City’s side 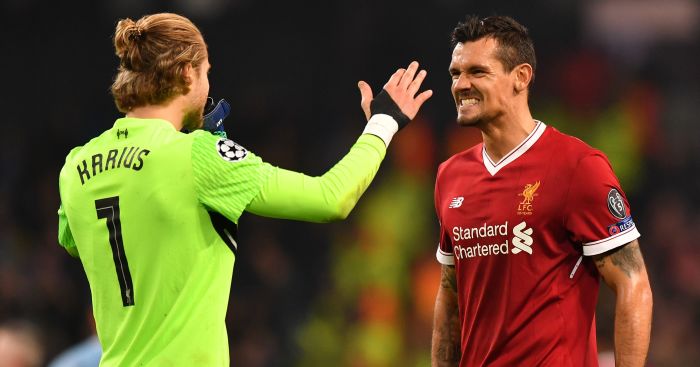 Danny Murphy has named the two Liverpool players who would get into Manchester City’s starting XI.

Liverpool have made four signings this summer in an attempt to bridge the 25-point gap to Premier League champions City.

The Reds beat City three times in four fixtures last season, including both legs of their Champions League quarter-final.

But Murphy insists only Mohamed Salah and Virgil van Dijk would get in Pep Guardiola’s side, meaning Liverpool “have to compete in a different way”.

“Fabinho, Keita, Alisson are all good players and they give Liverpool strength in depth and competition for places, which does increase performance, but would any of those players get in City’s team?” he asked talkSPORT.

“Salah and Van Dijk would get in City’s team. Other than that, probably no others.

“You can’t base your transfer policy on buying better players than City have. It is nearly impossible. You can’t buy a better player than De Bruyne in midfield, so you have to compete in a different way.

“What I like that Klopp has done is he has signed quality where he has needed it – the middle of the park they were lacking – there is great competition for places and he did it early.

“Shaqiri is a good ‘un as well. That is not bad business the money they have spent there. He had a good World Cup and he will create competition for places.

“Liverpool have done really well and will bridge the gap with City.”