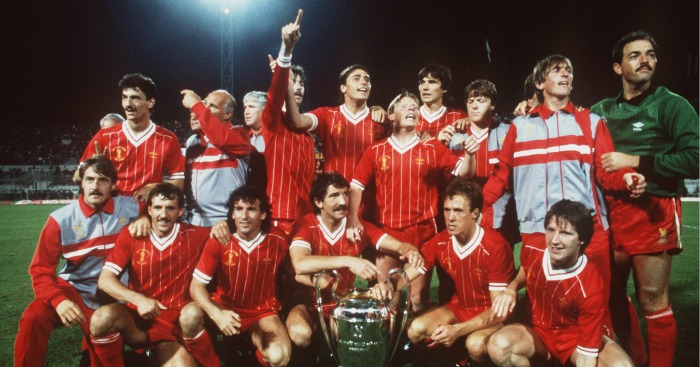 For the youngsters in our readership, once upon a time a long time ago, when dinosaurs walked the earth, we used to have three European cup competitions. The European Cup, the UEFA Cup and the Cup Winners’ Cup. I was particularly fond of the last of these, which so often delivered unfancied winners. But as these died out, the Champions League grew into a huge beast and cast a shadow across everything past and present, all in pursuit of huge money.

Wonderfully and thankfully, it’s the first European week of the season as the Champions League and Europa League get under way. I do love European football and especially the Europa League. The pitting of teams from leagues across Europe is endlessly fascinating to me. There’s not a game this week which doesn’t hold some interest to the football nerd. The problem is though, I’m properly mad about football and I get a thrill from Maccabi playing Zenit, but most people are not. Most people couldn’t care less. Most people only watch the games featuring the British teams even then, those games are often not a very popular watch on TV until the knock-out stages.

For years, the Champions League sold itself as the elite tournament in world football but the sad truth is, not too many will be watching this week’s European games on TV. Playing in the Europa League is even chanted (“Thursday, Channel 5”) as an insult by some opposition fans, even though it’s not been on 5 for a while now. That in itself probably shows how much the masses are  paying attention.

If you look at viewing figures of European games on BT Sport last season, they are low, despite the hig- profile nature of the competition. Indeed, last season, they were sometimes so low that UEFA were actually expressed a lot of concern.

Part of this unpopularity is the fact it’s on BT Sport, it seems. Terrestrial highlights rate higher, but even so, there is a widespread feeling that the league stages have limited appeal because they’re designed to try and make sure all the major clubs progress. It’s not always successful, but mostly it is. And that is what is so unappealing to many. In an era where we feel elites have it easy at the expense of the rest of us, it all feels like a stitch-up – not a proper competition at all. A stitch-up that starts with the whole concept of seeding in order to keep as many of the big clubs apart and to ensure they have more of a chance of getting through. And all to generate more money.

It’s obvious that the Champions League badly needs to change its format. UEFA are terrified of a European Super League but currently sound like the dance band on the Titanic.

The league stages are where the sweetest financial gravy lays down the thick layer of fat on the belly of the game. It’s sold as incredibly exciting, but all too often it feels like putting on a contraceptive before you’ve even got an erection.

The dogma behind the financial thinking is that if a thing’s worth doing, it’s worth overdoing. More games surely equals more money. And to be fair it has been true so far but too much of anything decreases the value of everything. Ironically, many of the top clubs that are being protected from early failure are paid for and propped up by a range of despots, oligarchs and weird beards, none of whom are short of a diamond-sequinned bra in the strip club of existence. The prestige is more important than the money and the prestige is looking less shiny ever year.

So we’re in a situation where those who have paid so much cash to broadcast the tournament can’t attract a commensurately large audience, until the knock-out stages.

I’ve never had a salaried job in my life, never owned a suit, never had a boss and have always worked for myself, but even so I know how business works, and I can fix all of this at a stroke.

In short, both competitions need to be a two-legged knock-out format from the start and with no seeding in the draw. We need jeopardy from the first whistle because jeopardy is the excitement which drives cup football. One bad game and you’re out. That is the very nature of competition, not three bad games, a draw and a couple of wins sees you through. That’s soft. It’s padded. It’s lame. It is as though UEFA and the clubs themselves don’t care for competition, but it is competition that will make people pay their fees, that will attract millions of viewers. When nothing is riding on a game, all but the football nerds like me and you leave.

Play fewer games per tournament but make them all vital. Go back to the three tournaments we used to have, all knock-out. There’ll be a few, but not many, fewer matches overall and some big teams will get knocked out early on, but all of the matches would command interest. In an instant you’d have your elite product back. No dead rubbers, no bore draws.

Every. Game. Matters. What’s wrong with that? It’s far easier to monetise something that is exciting than something which isn’t.

A little bit less football would be worth a whole lot more to the clubs, to UEFA and to the broadcasters, because you can’t have an elite, upmarket product, unless it is elite and upmarket, and when you pad tournaments out with games which are neither, you create an increasingly stodgy, unappealing affair which will increasingly not attract the masses in its early stages.