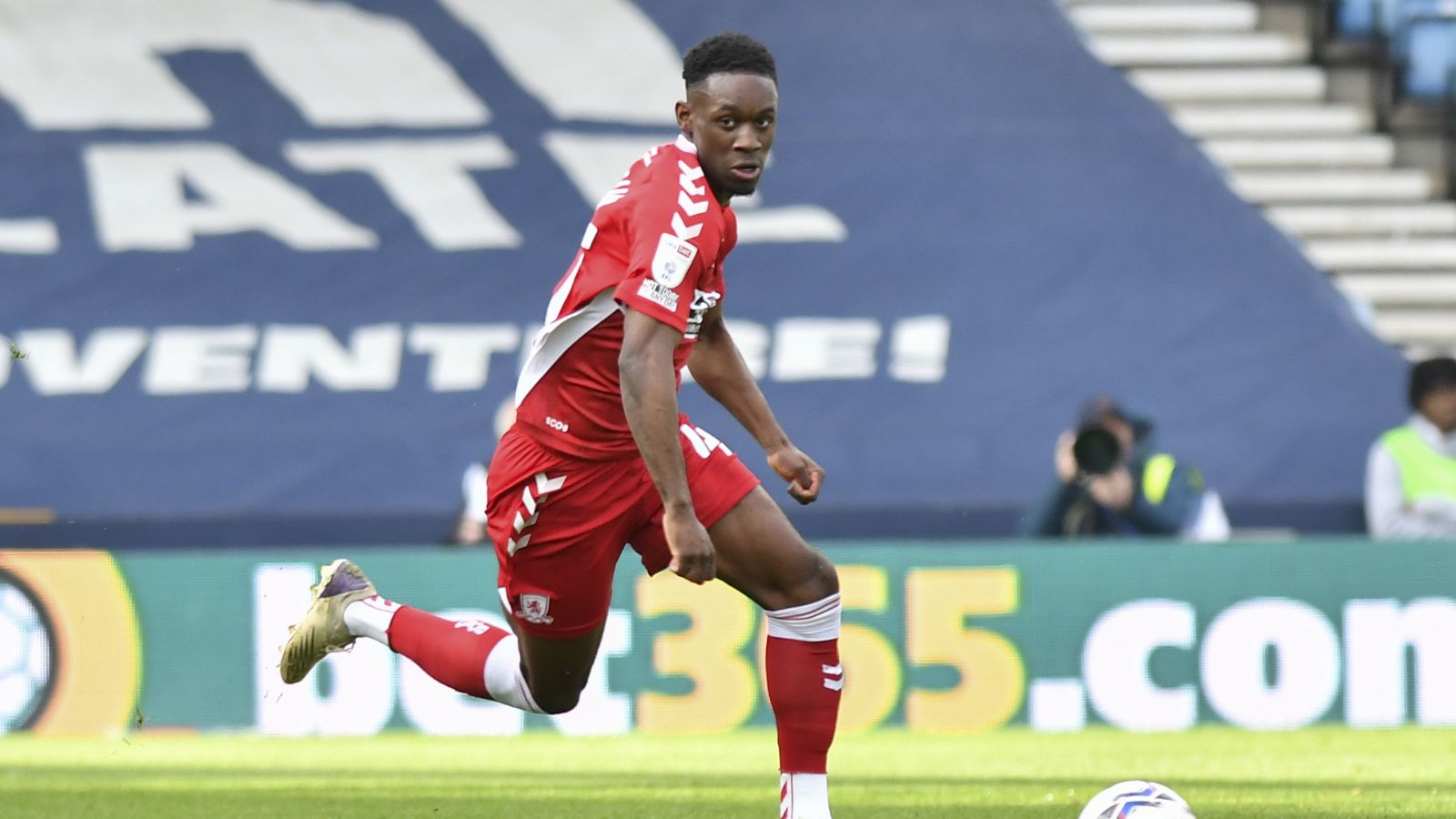 Arsenal youngster Folarin Balogun thinks he has “become a lot more mature” this season as he has been helped by his loan to Middlesbrough.

The forward is part of the England U21 squad. They face Albania in a Euro 2023 qualifier on Tuesday night.

The Three Lions are three points behind the Czech Republic – who play Andorra – with two games in hand in their qualifying group.

Arsenal striker Balogun, who joined Middlesbrough on loan in January, opened the scoring in Friday’s 4-1 win over Andorra and feels he has raised his game.

“I have definitely become a lot more mature,” said the 20-year-old, who has two goals in his last four games for Boro.

“Playing in the Under-23s I could get away with things sometimes but transitioning to men’s football I’ve noticed you need to play with your head a bit more and know when to do certain things.

“My game’s come on but I know there’s still a lot more I can do to improve. I wouldn’t say every player needs a loan. Every player has a different journey. Looking at mine, at the time a loan was the right thing to do so I went ahead with it.

“It’s not something I need to show, I just need to do it on a more consistent basis.”

Albania lost 1-0 to the Czech Republic on Friday and are four points behind England in the table.

Manchester City defender Taylor Harwood-Bellis, on loan at Stoke, will captain the side again while boss Lee Carsley expects to have a fully-fit squad.

Carsley added: “We know it will be a tough game, they have a decent home record. They have a chance of qualifying if they can beat us. We have to be well organised, we understand the game plan and what it takes to go over there and beat Albania.

“We have a couple of bumps and bruises but nothing to be concerned about, I’m expecting all the players to train and then pick the team from there.”