Home All The News £48m midfielder ‘ready to leave Liverpool’: Wolves man in? 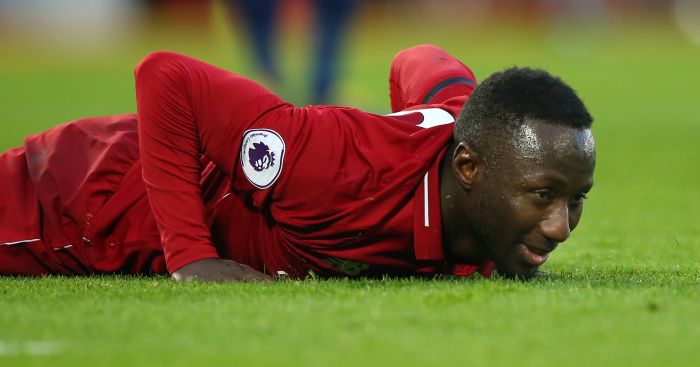 Naby Keita could get his wish to leave Liverpool with Jurgen Klopp keen on a move for Wolves midfielder Ruben Neves, according to reports in Italy.

Keita has not lost a single Premier League game since he arrived on Merseyside for £48m from RB Leipzig, but is yet to truly establish himself as a first-team regular.

The Guinean midfielder has only appeared in 18 matches in all competitions this season, providing two goals and an assist, failing to hit the heights of his days at Germany.

He has come under microscope this season, despite Liverpool‘s amazing campaign, with Jamie Carragher commenting in February that Keita’s statistics show “a top player”, but “I don’t feel like I see that with my eyes”.

And now Italian website MilanLive claim that Keita is ‘ready to leave Liverpool’ with AC Milan ‘at the window’.

Ralf Rangnick – who is reportedly set to become new head coach at Milan – has previously worked with the Liverpool midfielder at RB Leipzig in Germany and it is the ‘Rangnick factor’ that could give Milan a chance of landing Keita.

The report adds that they expect Keita to leave in the summer, ‘perhaps on loan’, with the 25-year-old ready to ‘relaunch’ his career.

Any approach from Milan could be made ‘easier’ with Liverpool and Klopp ‘intending to get their hands on Ruben Neves’ at Wolves.