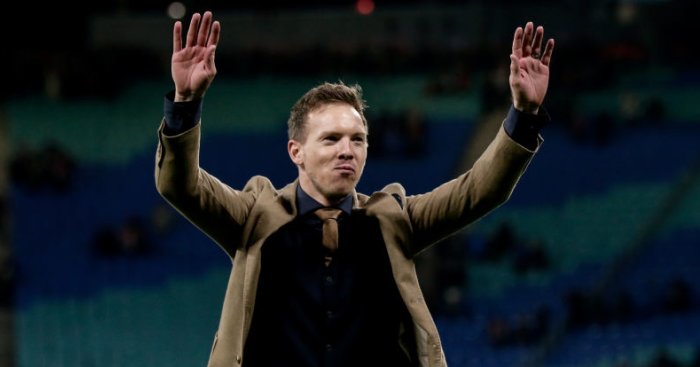 RB Leipzig boss Julian Nagelsmann has issued a caution to those claiming Chelsea’s transfer of Timo Werner is done and dusted.

The 24-year-old was heavily linked with a move to Liverpool before the coronavirus crisis – which scuppered their plans – clearing a path for Frank Lampard’s side.

And the German international is widely expected to make a £53million move to Stamford Bridge after terms were agreed, but the deal is yet to be completed.

And although Nagelsmann fully expects Werner to leave Leipzig at the end of the season, he has warned Chelsea that he is not yet their player.

“The transfer is not fixed you, you have to emphasise that,” Nagelsmann told Sport1.

“I’m a coach with a realistic view and dreams.

“I’m aware that one or another highly talented player will leave us. It’s up to us, then, to find new players who can follow in such big footsteps.”