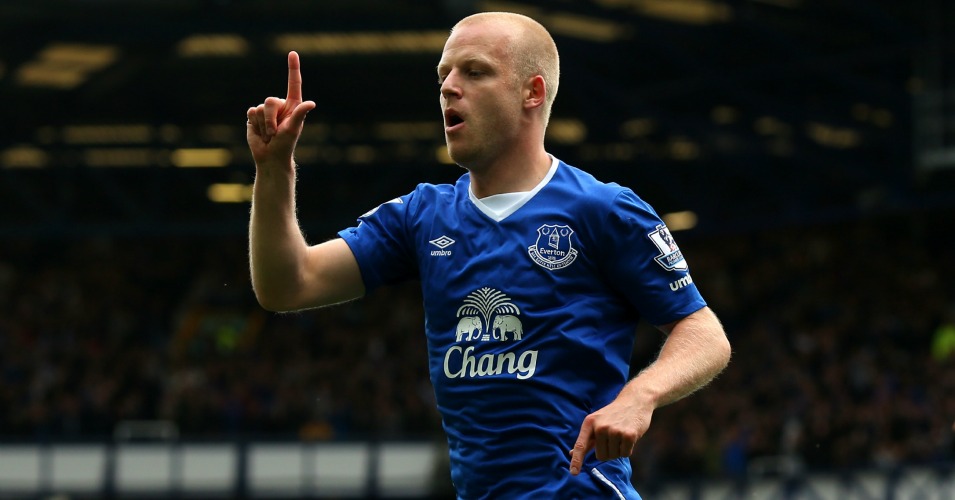 Steven Naismith will discuss his future at Everton with Roberto Martinez next month, amid rumours that he could be allowed to leave the club.

With Romelu Lukaku, Arouna Kone, Gerard Deulofeu and Ross Barkley monopolising the attacking positions, Naismith has found his chances limited at Everton. We included him in our list of players who were suffering from a loss of status.

Norwich, Everton’s opponents on Saturday, made a deadline-day bid for Naismith in the summer but were rebuffed by Martinez.

However, with Naismith not having been involved in a Premier League game since mid-October, it appears a move in January could be on the cards.

Martinez said: “That’s something we need to look into whenever that situation arises. It happened in August, it wasn’t the right time. We’re going to see how the next three or four weeks go.

“It’s so important to have a strong squad. We’ve got a period of a lot of games in a short amount of days and every single player will have a very important role in those weeks.

“So I’m sure in four or five weeks we’ll have a clear idea of where we are and it’ll be the right time to make a decision.

“Steven is a very intelligent man, intelligent footballer, and I think he’s got an incredible degree of confidence.

“It is true it’s been very frustrating for certain players in those attacking positions due to the fact some of the players that are playing in those roles have reached an incredible level of form. I think as a player you understand that.”