Home All The News Named: The nine players told they can leave United 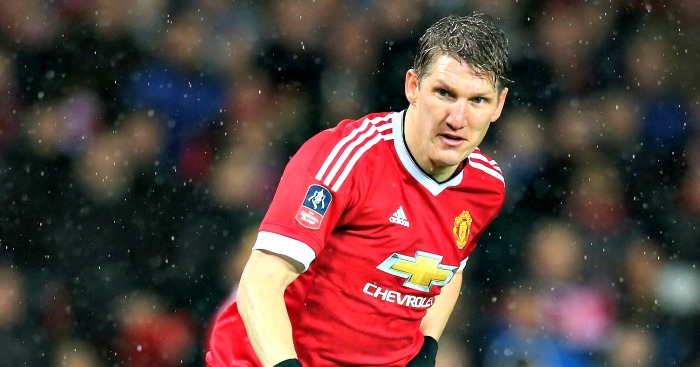 Manchester United manager Jose Mourinho is believed to be set for a clear-out, with up to nine players reportedly on their way out of Old Trafford.

Several national newspapers have suggested Germany midfielder Bastian Schweinsteiger will be the highest-profile victim, a little more than a year after he joined the Premier League club from Bayern Munich.

Defenders Cameron Borthwick-Jackson, Tim Fosu-Mensah, Tyler Blackett and Paddy McNair are also believed to have no future at Old Trafford – though the Mail has since u-turned on Fosu-Mensah.

Midfielders Adnan Januzaj and Andreas Pereira and forwards James Wilson and Will Keane make up the reported nine.

Joe Bernstein of the Daily Mail claims that each of the players have been told they are surplus to requirements, and can leave ‘either permanently or on loan’.

The chosen nine trained with United’s under-21s on Thursday, and none of them are expected to feature in the pre-season friendly with Galatasaray on Saturday.

Although Schweinsteiger is reported to be leaving on a permanent deal, both Pereira and Wilson have been told that they have a future at Old Trafford, and that going out on loan to get first-team experience elsewhere would be beneficial.

Since his arrival, Mourinho has brought in defender Eric Bailly, midfielder Henrikh Mkhitaryan and striker Zlatan Ibrahimovic, while the club have been strongly linked with Juventus’ France midfielder Paul Pogba.

The average age of the victims of Mourinho’s ‘clearout’ is 21.6. That figure includes 31-year-old Schweinsteiger. But Fosu-Mensah? Borthwick-Jackson? Surely not?