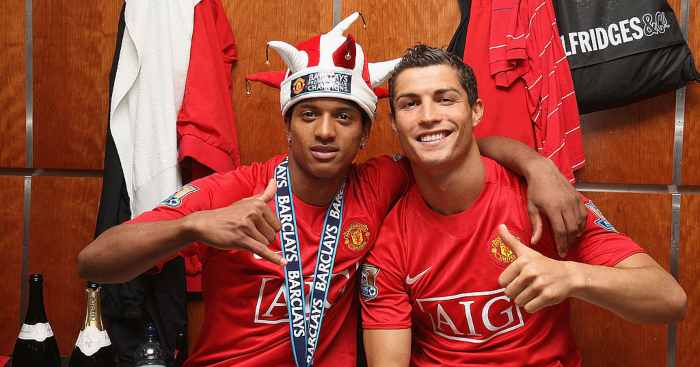 Nani claims he never thought Cristiano Ronaldo would leave Man Utd so fast and was “surprised” when he decided to move to Real Madrid.

After winning his third Premier League crown with the Red Devils, Ronaldo decided to leave for Real Madrid in 2009 in a world-record deal at the time.

Ronaldo has gone on to be a huge success at Real, winning four more Ballon d’Ors to add to the one he won at Man Utd and four more Champions League titles.

“We would stay at the end of training to do competitions and they [Anderson & Ronaldo] were my team mates, everyone has best friends or some they feel more comfortable with and they were my support,” Nani told the UTD Podcast.

“Some days he [Ronaldo] was telling us openly ‘I’m here six or seven years now, I think it’s enough for me’ he said that a couple of times.