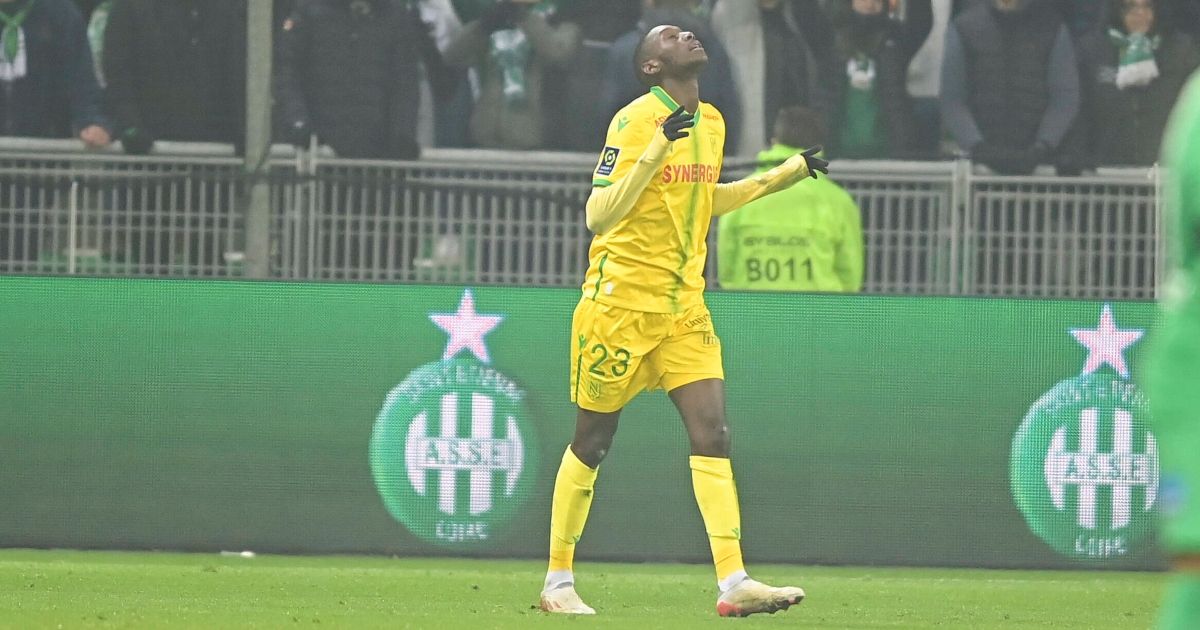 FC Nantes are hoping that striker Randal Kolo Muani is snapped up by Liverpool in January, according to reports.

The 23-year-old has seven goals and three assists in 20 Ligue 1 matches this season.

He is out of contract this summer and is allowed to negotiate a pre-contract deal this month, with several clubs keen on signing him.

SportBILD and Kicker (via Sport Witness) claim that Eintracht Frankfurt have been working on signing Muani ‘for at least six months’.

The player has ‘basically decided’ to join the Bundesliga club and is expected to complete a medical next week.

However, it is claimed that ‘there is trouble’ as Nantes are threatening to take Frankfurt to court because they made ‘unauthorised contact’ with the striker.

The German side insist they have done everything by the book and are ‘annoyed at the prospect of a lawsuit’.

Nantes are ‘still hoping’ that Muani will change his mind and agree a January switch to Liverpool, AC Milan or Freiburg instead.

The Ligue 1 side are eager to receive a transfer fee this month as opposed to losing the player on a free transfer.

Klopp believes the Frenchman ‘fits the profile’ of players Liverpool are looking for in the transfer market.

Frankfurt will have to ‘fight with Klopp’ and seemingly the player’s family, who ‘really want to collect cash’.

They are said to be willing to hold out for a potential offer from Liverpool or another European giant in order to land a bigger contract.

Elsewhere, Newcastle United are “working on a deal” to sign Manchester United star Jesse Lingard on loan until the end of the season.

The England playmaker has not started a Premier League match for the Red Devils since New Year’s Day 2020.

There have been multiple reports suggesting the player wants to see out the season in Manchester, whilst other outlets claim he is eager to leave in the January transfer window.

And now the Manchester Evening News say Newcastle are “working on a deal” to bring Lingard to St James’ Park until the end of the season.

The Magpies are willing to cover the attacking midfielder’s £100,000-a-week wages and could pay a loan fee for the soon-to-be out of contract star.