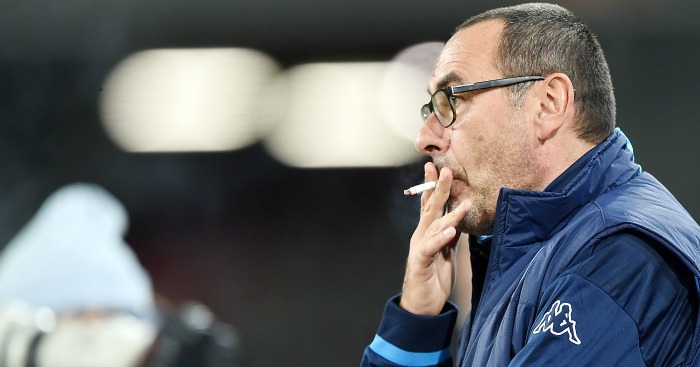 Chelsea finally confirmed Sarri as their new manager on Saturday after a protracted and complicated ordeal, with Antonio Conte removed from the position less than 24 hours earlier.

Sarri arrives at Stamford Bridge with a reputation for attacking, expansive football.

He almost delivered the Serie A title to Napoli this past season, earning 91 points but finishing four behind winners Juventus.

It was a bitter blow for one of Europe’s most exciting sides, but one president Aurelio De Laurentiis was hardly surprised by.

“Last season was distorted and snatched from us: we belong to what [former Italian actor] Toto called ‘The Band of Honest Men’ [the film],” he said.

“That aside, there were errors in judgment throughout the season, the ability to be able to use the squad fully.

“Still, I don’t want to get into a technical speech or re-open any wounds that have healed.”