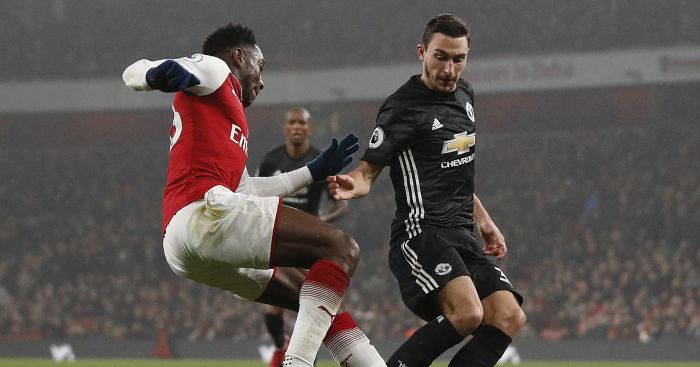 Napoli are prepared to join the race in January for Manchester United left-back Matteo Darmian, according to reports.

The Italian defender, who has also been linked with a move to Juventus and Roma, could be about to leave Old Trafford to free up some money for a new left-back.

United are understood to want reinforcements in his position with Tottenham’s Danny Rose and Juventus’ Alex Sandro the two players that are reportedly on their shortlist.

The Daily Mirror claims that Darmian could be used to fund a new signing with the Red Devils knowing a deal for Sandro could be easier to finalise.

Chelsea are another club understood to be interested in Sandro with the report claiming that Juve could be tempted to sell for around £60million.

Darmian, meanwhile, has only started two Premier League matches all season and the report continues by saying Napoli ‘have made enquiries’ about the Italy international.