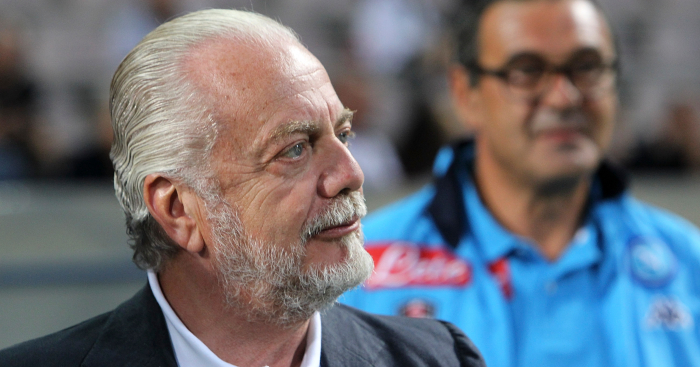 The Reds bought the Brazilian for an initial £56m – a world-record fee for a goalkeeper at the time – leaving Napoli scrabbling for an alternative.

De Laurentiis claims Liverpool only won the race to sign the 25-year-old because they share owners with Roma. Which they don’t, by the way.

“Roma were dismantled and reassembled, I can’t evaluate them: I wouldn’t have sold Alisson, not even for €100m (£90m/$114m),” he told Corriere dello Sport.

“I’ve always suspected that the real owner of Liverpool is also that of Rome. A little bird whispered it in my ear a few years ago. And if that is true, with a shared ownership they could not both compete in the Champions League.”

There has been a response:

Pallotta: ‘What do you think @ADeLaurentiis is smoking over there in Naples? If he finds that little bird again, he’ll find out we also own Barca and Bayern’ 🐦