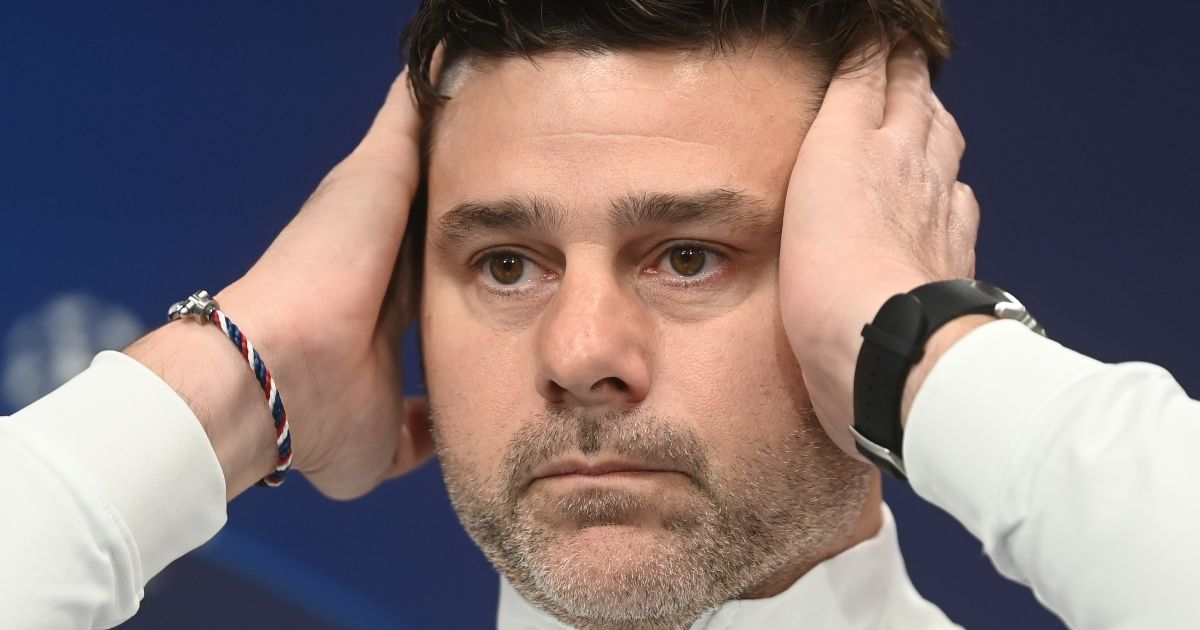 Samir Nasri has suggested Paris Saint-Germain boss Mauricio Pochettino is carrying out an exit strategy after being linked with the Man Utd job.

The former Tottenham manager has been heavily linked with the vacant role at Old Trafford after the Red Devils sacked Ole Gunnar Solskjaer on Sunday.

Solskjaer led Man Utd to five defeats in their last seven Premier League fixtures, while they had only won three of their last 11 matches in all competitions before last night’s 2-0 victory over Villarreal.

Everyone makes the same joke as Man United ‘dread’ sets in

It is not the first time that Pochettino has been linked with the managerial role at Man Utd with the Argentine reportedly willing to leave PSG mid-season to move to Manchester.

There have been rumours that Pochettino is not fully settled in Paris with the 49-year-old struggling to implement his own style on his current group of superstars.

On recent comments from Pochettino that he doesn’t have full command of his team, Nasri said (via Sport Witness): “For the moment, I do not see a Pochettino style in Paris as there could have been in Tottenham or even Southampton, teams that he was able to make play in a beautiful way.

“With PSG, he’s grasping, he still hasn’t found the right formula, he doesn’t know which system to really play in… I don’t understand why he hasn’t started to field a three-way defence, for example.

“There are a lot of things I see that are a little bit inconsistent. And it’s a little too easy to say that it is not his project, to clear oneself in case of failure.”

On whether his comments were part of a possible exit strategy, Nasri added: “As luck would have it, Solskjaer was fired three days later and his name was found all over England as a possible future Manchester United manager.

“It’s a little too easy when you’re a coach to say: yes, but it’s not my project.”

Zinedine Zidane has been linked with the PSG job if Pochettino vacates for the Man Utd gig and Nasri reckons the former Real Madrid manager would be better placed to handle the egos in the PSG squad.

Nasri continued: “Without disrespecting Tottenham, there was no star in his day. It’s easier to be heard. When in a locker room there are only internationals, there is a lot of ego and you have to be an alpha male to be respected.”