Home All The News Nasri under investigation for Drip Doctors visit 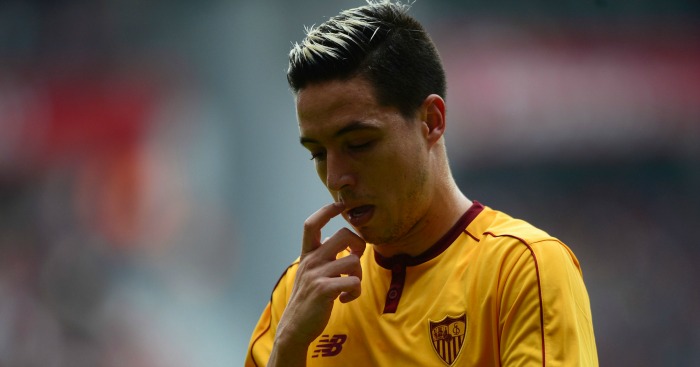 Samir Nasri will be able to play for Sevilla while an investigation takes place into the intravenous drip treatment he is said to have received at a Los Angeles clinic.

Enrique Gomez Bastida, director of the Spanish Agency for the Protection of Health in Sport (AEPSAD), said until all the facts are known no sanction can be put in place.

The French playmaker is currently on loan from Manchester City to Spanish side Sevilla.

According to the Drip Doctors clinic, Nasri received its ‘Immunity IV Drip’, which involves one litre of hydration and is designed to ”combat superbugs and common viruses”.

However World Anti-Doping Agency rules state that there is a 50 millilitre limit for active athletes.

Gomez Bastida said in an interview on Spanish radio network Cadena SER: “It is necessary to know in what frame and in what situations it (the IV drip) occurred.

“We will verify the facts to know where we are. You have to be careful with the rumours.

“In the Nasri case there is no sanctioning procedure at the moment, so there could be no interim injunction.”

WADA’s prohibited list includes: ”Intravenous infusions and/or injections of more than 50ml per six-hour period except for those legitimately received in the course of hospital admissions, surgical procedures or clinical investigations.”

Nasri is due to return to Spain this week after spending part of La Liga’s winter break in the United States.

Drip Doctors refused to comment when contacted by Press Association Sport and Manchester City referred enquires on the situation regarding their player to Sevilla.

A spokesman for the Spanish club said Sevilla had no information beyond what had been reported in the media.

Drip Doctors posted a message and photograph of Nasri alongside the organisation’s co-founder Jamila Sozahdah on their Twitter feed.

We provided @SamNasri19 a concierge Immunity IV Drip to keep him hydrated & in top health during his busy soccer season with @SevillaFC ?? pic.twitter.com/bfDNeM5vQu

Nasri’s official account subsequently quoted the @DripDoctors Twitter posts, which were then followed by a series of bizarre and sexually explicit messages.

The string of posts was later deleted, and Nasri stated: ”My account got hacked sorry about what happen earlier.”

WADA and the Spanish authorities had been alerted to the claim about the clinic visit by a Twitter post from Richard Ings, the former head of anti-doping at the Association of Tennis Professionals (ATP), who also worked as chair and chief executive of the Australian Sports Anti-Doping Agency.