Home Arsenal News Nasri: Why I ‘became a little hateful’ to Arsenal fans 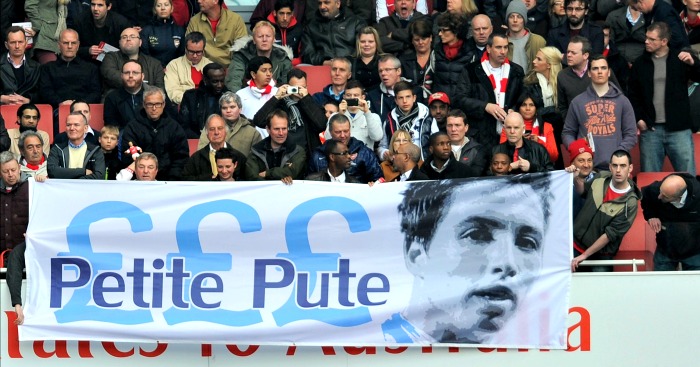 Samir Nasri has insisted that he left Arsenal to join Manchester City for “ambition”, and not “because of the money”.

Nasri enjoyed three years at Arsenal after joining the club from Marseille in 2008, failing to win a trophy at the Emirates but scoring 25 goals in 127 games.

The Frenchman attracted ire when he left for City in 2011, and was accused of being motivated by money as opposed to trophies.

Nasri has won two Premier League titles and a Capital One Cup winners’ medal in five years at City, and the 28-year-old admits his relationship with Arsenal fans has turned “from love to hate”.

“Manchester City were a better team – that’s why I went there. It was my ambition, not because of the money,” Nasri told Goal.

“Whether you’re a fan or not, people should understand that, if a bigger company calls you, if you’re ambitious you’re going to go there.

“I had so much love for this club because the fans were amazing towards me then after when I saw all of that [Arsenal fans’ anger towards Nasri] I became a little hateful because I was like ‘come on, why are they doing this? I haven’t done anything wrong to them’ and it became this relationship, from love to hate.

“It’s a bit sad because I spent three amazing years there – they brought me from Marseille and Arsene Wenger was like a father figure to me, he did everything for me. I’m still on really good terms with him but it’s sad to have this relationship now with the club.

“The thing is as a footballer you have a big ego so you’re never going to show some kind of weakness to someone else.

“I don’t know if I can recall someone [a team-mate] being affected by abuse. Ninety percent of players are all about confidence in their head so that might be the case, but for me personally, no.”