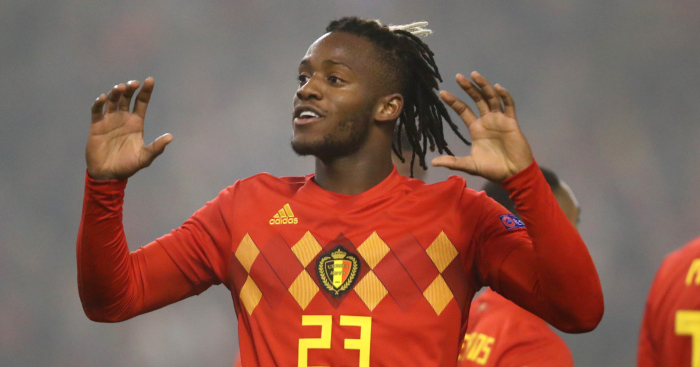 Tin Jedvaj plundered a last-gasp winner to revive Croatia’s hopes of reaching the Nations League finals as Spain fell to a dramatic 3-2 defeat in Zagreb.

The game was goalless until Andrej Kramaric tucked Ivan Perisic’s headed pass beyond David De Gea in the 54th minute, and Spain responded immediately as Dani Ceballos recorded his first senior goal with a left-footed drive.

Bayer Leverkusen defender Jedvaj got his head to a Luka Modric cross to reestablish Croatia’s lead but Spain captain Sergio Ramos levelled things up from the penalty spot after Sime Vrsaljko handled in the box.

Neither nation wanted a draw, which would have left the door wide open for England to take top spot with victory over Croatia at Wembley on Sunday, but Spain certainly did not want to lose.

Three minutes into stoppage time Jedvaj found the back of the net when a saved shot rebounded to him.

Croatia will progress if they triumph in London, while any kind of draw will see Spain top Group Four. A goalless draw, however, will send Croatia down and allow England to finish second.

Michy Batshuayi fired Belgium to the brink of the finals with his brace in a 2-0 home victory over Iceland.

The Chelsea striker, on loan at Valencia this season, tucked Thomas Meunier’s pass away after the hour mark before making the three points safe in the last 10 minutes.

However, Switzerland can still take top spot by beating the Red Devils in Lucerne on Sunday.

Austria’s goalless draw with Bosnia and Herzegovina in Vienna had the effect of promoting the Balkan nation and relegating Northern Ireland from Group Three of League B.

In League C, Willi Orban and Adam Szalai boosted Hungary to a 2-0 victory against Estonia, but the Magyars could not leapfrog Greece in Group Two as Angelos Anastasiadis’ men triumphed 1-0 against Finland thanks to Albin Granlund’s own goal in the 25th minute.

The result denied Finland promotion on the night and they will go to Hungary in an anxious mood this weekend as Greece, who next host Estonia, retain an outside chance of catching them.

Andorra drew 1-1 with Georgia thanks to an exchange of goals between Giorgi Chakvetadze and Cristian Martinez while Belarus leapfrogged Luxembourg to go first in Group Two – ahead of a crunch trip to San Marino – by beating their fellow landlocked country 2-0.

Stanislav Dragun scored both the goals, either side of half-time.