Home All The News Nations League: France held by Croatia as Denmark win again to move top of group 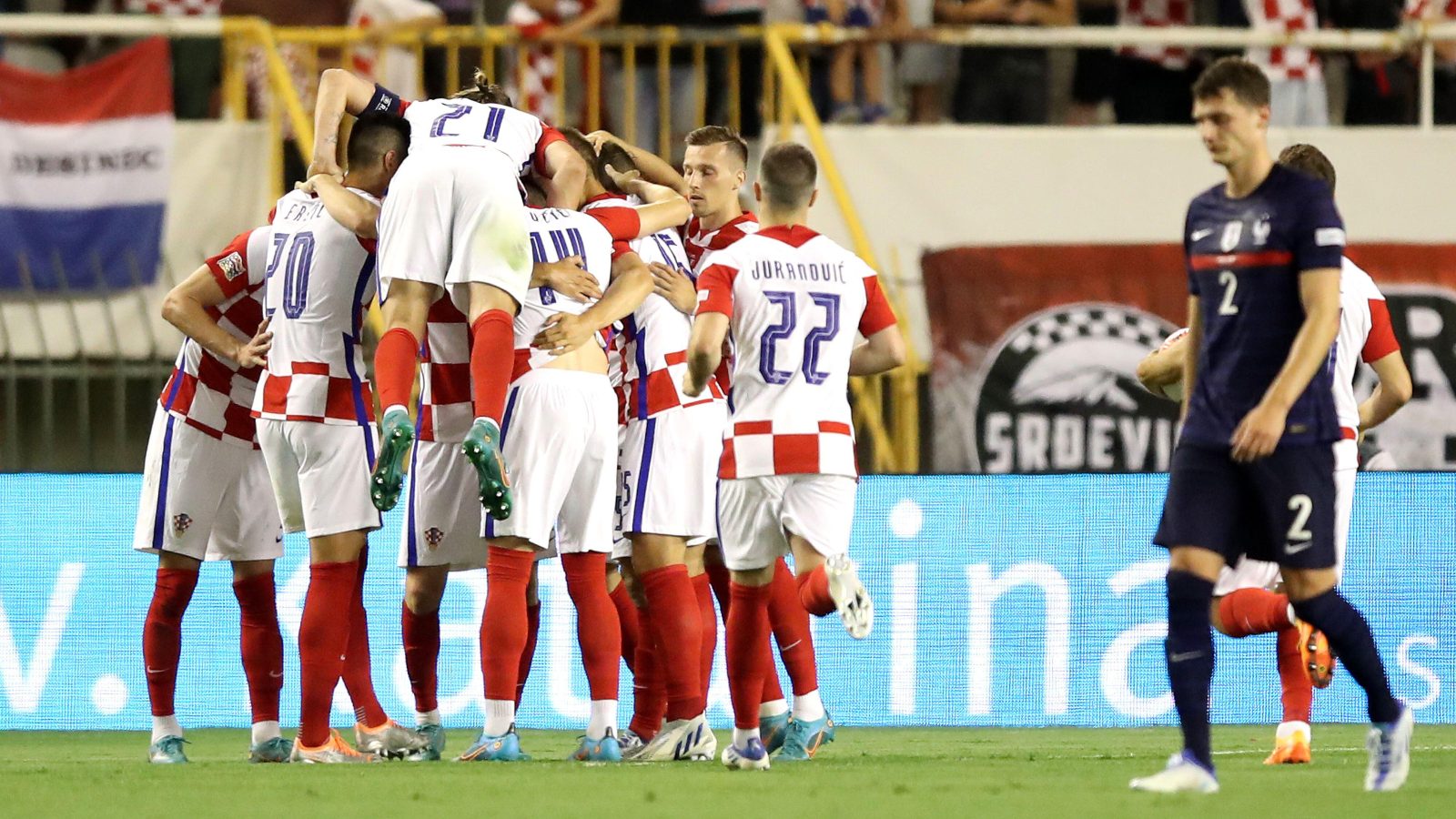 Andrej Kramaric scored a late penalty as Croatia claimed a 1-1 draw against world champions France in their UEFA Nations League clash in Split.

The former Leicester forward netted from the spot seven minutes from time to cancel out Adrien Rabiot’s opener in the 2018 World Cup final rematch.

The result means both sides remain winless in Group A1 of the competition with a point apiece.

Rabiot made the breakthrough for France on 52 minutes after combining with Ben Yedder in a well-worked move.

Croatia finished strongly and were given the chance to level when Jonathan Clauss fouled substitute Kramaric amid a scramble after Mike Maignan saved from Luka Sucic. Kramaric made no mistake as he sent Maignan the wrong way from 12 yards.

Substitute Jens Stryger struck in the 84th minute as Denmark followed up Friday’s last-gasp win over France with a 2-1 success in Austria to move clear at the top of the group.

Stryger curled home a fine shot to put the Danes back ahead in Vienna after Xaver Schlager cancelled out Pierre-Emile Hojbjerg’s opener.

Austria’s Marko Arnautovic and Denmark’s Christian Eriksen both hit the woodwork in a game that kicked off late following a power failure.

Iceland drew for a second time in Group B2 as they were held 1-1 by Albania in Reykjavik.

Jon Dagur Thorsteinsson scored the equaliser for the hosts four minutes into the second half after Taulant Seferi put Albania ahead on the half-hour mark.

Kazakhstan moved top of Group C3 with a 1-0 win over Slovakia in Trnava. Aslan Darabayev scored the only goal after 26 minutes.

The other match in the group between Belarus and Azerbaijan ended in a goalless draw. Azerbaijan finished with 10 men after midfielder Gismat Aliyev was sent off in the closing minutes.

Arturs Zjuzins’ 73rd-minute goal took Latvia to the top of Group D1 as they beat Liechtenstein 1-0 while Andorra and Moldova drew 0-0.