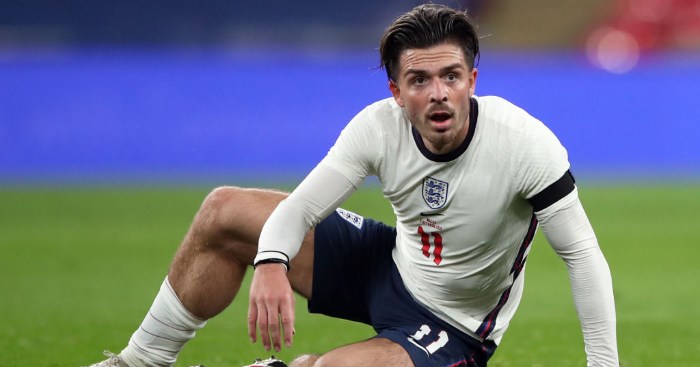 England were in a position to take control of their Nations League group after a slightly seat-of-the-pants win over Belgium at Wembley in the last international break. Then the Denmark game came along and rather made a mess of all that.

The good news for England is that they cannot be relegated – stop laughing, that’s a thing now – Iceland having lost all of their four games to date and also reeling from the disappointment of missing out on next summer’s European Championships. Only a win will do in Belgium this weekend, and England have the freedom to go for it.

But freedom hasn’t exactly been a word you’d associate with Gareth Southgate’s England in recent months. Thursday night’s win over Ireland offers some encouragement – caveated by the sh*tbone awfulness of Ireland – with a 3-0 scoreline a fair reflection on England’s (and Ireland’s) efforts. Southgate’s safety first 3-4-3 looked slightly less stifling with Mason Mount offering a more progressive option in the central midfield two. It is understandably unlikely that such a thing will be attempted against the Belgians, with Declan Rice and Jordan Henderson likely to form a more reserved midfield duo. But England do now have it as an option.

And then of course that moves us on to The Jack Grealish Question. He was yet again by far England’s most exciting player against Ireland and his withdrawal after just an hour raises the tantalising prospect that Southgate might be prepared to risk him in Sunday’s far higher-stakes game. England are a far more joyful side with the Villa man involved, and this is made for him. It’s a competitive game, but defeat has no grave long-term consequence. If not now, then when?

For Belgium, meanwhile, precisely the sort of game in which they really need to get a result if they are to have any hope of shedding the nearly men tag that dogs their golden generation. They are a better side than England, Grealish or no Grealish, and could really do with showing as much.

Well. There you go. A first major tournament in 23 years awaits Scotland after a thoroughly deserved victory over Serbia. Scotland were the better side and should have got the job done in 90 minutes. They would’ve done but for the sort of last-gasp heartbreak that has become, well, Scotlandy.

That they regrouped to negotiate extra-time and then win the shootout with five perfect penalties is testament to the character in this squad. And it’s quite something that Scotland have emerged as some kind of Anti-England as far as penalties are concerned. They’re tremendous at them, it turns out.

There were understandably joyous and emotional scenes after their victory, but Scotland’s work is not yet done in this international break. There is another huge opportunity for them this week, with promotion to the top tier of the Nations League just a win away.

If they can recover from a physically and mentally exhausting evening, they have a tremendous chance to get that win on Sunday, not least because they’re up against a Slovakia side trying to recover from precisely the same thing. And Slovakia have just a single point from their four Nations League games this time around.

Wales are also eyeing promotion to League A and have the advantage of two home games to round out their campaign. Victory over Ireland on Sunday would leave them needing only a draw against Finland in the final game, and Wales should be feeling pretty confident.

Ireland are on a dreadful run and face the very real prospect of slipping into the third tier. Whatever significance you place on the Nations League as an idea, that’s a disappointing state of affairs.

Bale was rested for Wales’ friendly draw against USA on Thursday but looks set to be unleashed for this one. Even in the darkest days of his Real Madrid spell he still turned it on for Wales – as the flag famously attests – but it will be interesting to see if Wales get an even better Bale now he is so evidently more content with life in general. He’s back at Tottenham. He’s happy. He’s getting better with every game. More importantly he should, based on everything we saw at Wembley on Thursday night, have an absolutely tremendous time against this Irish defence.

A winner-takes-all clash, with these two locked on 10 points at the top of League A3 meaning Saturday’s victor will be three points clear with a superior head-to-head record AND could afford to slip up against the group makeweights in the final game.

While friendly results are not the most reliable barometer, France losing 2-0 to Finland this week was unexpected and sub-optimal preparation for a game of this magnitude, while Portugal warmed up with a far more predictable 7-0 stroll against Andorra.

We probably shouldn’t really be playing international football at all right now, but if we must then at least let it be between teams full of lovely footballers with a place in the Nations League Play-Offs at stake. That’s what I’ve always said.