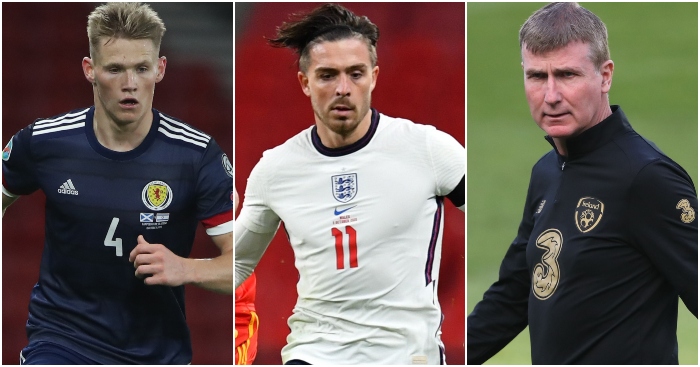 The sequel to one of the most tedious episodes of football this season comes just five weeks after the Copenhagen snooze-fest which prompted, for perhaps the first time, some serious questions over Gareth Southgate’s vision for his England team.

The 0-0 draw last month came as no surprise to anyone after reading Southgate’s team-sheet, with England’s three-man defence screened by two holding midfielders in Kalvin Phillips and Declan Rice. Not even a Jack Grealish cameo could lift the gloom – much – from a game which England were lucky not to lose.

It was a selection which would have been easier to justify had they been playing one of their more elite European rivals, and against Belgium it worked, or rather the result justified the means. England recovered to do a job on the top-ranked nation in the world on Sunday, but Wednesday brings the expectation of far greater creativity.

Key to that, one would think, will be Grealish. The Aston Villa skipper showed more intent in quarter of an hour in Copenhagen than his team-mates managed in 75 minutes, and he followed that up with a full debut against Wales last week which had England fans begging for more. Southgate was able to resist those pleas against Belgium but he will struggle to reason omitting Grealish once more, especially when the A team was so imbalanced and unimaginative at the weekend.

Having picked one experimental side to face Wales and another to get a job done against Belgium, Southgate will likely opt for a middle ground between the two at Wembley, tilting towards the tried and trusted. After all there are points at stake, with England a point clear at the top of the Nations League A2 table and able to put six points between themselves and their visitors, who are buoyant after a “100 per cent performance from everybody” to win 3-0 in Iceland, where England shambled their way to the narrowest of victories last month.

That Iceland trip and the dour draw in Denmark saw optimism around the England side dissipate to pre-2018 levels. But a third win in six days ought to raise the spirits once more, especially if Grealish gets the gig of supplying the bullets for Harry Kane.

“Our performances obviously need to get better,” said Ryan Giggs, stating the bleeding obvious after the Nations League bore draw with Republic of Ireland. “And they will.”

That improvement has to start in Bulgaria on Wednesday night and Giggs’ greatest concern is around his attack. At the back, the Welsh have looked reasonably solid, with three clean sheets from their three Nations League games so far. But their two wins, in Finland and at home to Bulgaria last month, came courtesy of single-goal victories achieved in the 80th and 90th minutes respectively.

Wales have averaged only two shots on target in their current Nations League campaign and Giggs accepts “we need to create more”. The former winger has identified the problem: “I think it comes from the build up. We need to get our good players, the players who can make a difference, on the ball quicker.”

Giggs’ squad certainly should not want for creativity. Gareth Bale, Aaron Ramsey, Daniel James, David Brooks and Harry Wilson have all started at least one of the last two Nations League matches. If opponents have found a way to cut off their supply, Giggs has to fashion a quick fix. That’s a reasonable expectation of a manager “in the frame” to be Manchester United’s next boss.

If Giggs think he’s got problems, he should spare a thought for his opposite number in Dublin last Sunday.

Kenny is even greener than Giggs in international management and the first few months of his reign have been fraught with off-the-pitch issues which played no small part in Republic of Ireland’s Euro 2020 qualifying misery in Slovakia last week, when they were knocked out in the play-off semi-finals on penalties.

Kenny’s promotion to the senior role was accelerated earlier this year amid doubts over when that play-off would take place. The Covid chaos meant that the 48-year-old could not fully enjoy taking charge of his country, and results since have done nothing to lift his or the country’s mood.

Like Giggs, many of Kenny’s greatest concerns on the pitch centre around a lack of creativity, though those problems pre-date his arrival. Ireland struggled for goals under Mick McCarthy and Martin O’Neill and Kenny is tasked with not only increasing their goalscoring output but also making the build-up easier on the eye.

Unsurprisingly, Kenny is not a magician. Old habits die hard and in his four games so far, Ireland have managed just a solitary goal – a Shane Duffy header from a set-piece in Bulgaria last month. In the three games since, two have finished goalless – one of which ended in shootout heartbreak – and his first home match in charge ended in a 1-0 defeat to Finland.

As the re-match with Finland approaches on Wednesday, Ireland are a mess through no fault of the manager. Covid has deprived him of seven players after a couple of positive tests – one which turned out to be false – in addition to five other withdrawals from Kenny’s original squad due to injuries. James McClean is also suspended. The socially-distanced formation of his players on the flight to Helsinki is giving Kenny more concerns right now than whatever shape they may play once they get on the pitch.

When the first whistle goes in Finland, it will come as blessed relief for Kenny. There has been some early evidence of evolution during the last four matches but Kenny could really use a goal or two, and ideally his first win, to provide a shot in the arm for a national team struggling to shake off a deep malaise.

I really feel sorry for Stephen Kenny. It’s hard enough stepping up to International level management, but to have to deal with the Covid shambles that has been thrown at him, is something he could do without. It’s a shit show

Scotland have been doing their damnedest to turn McTominay into a central defender and Steve Clarke’s perseverance may be paying off. After struggling in the centre, or rather on the right of a back three, during last month’s international break, McTominay has turned in a couple of very encouraging performances in recent days while Scotland kept two clean sheets to reach a European Championship qualifying play-off final and beat Slovakia in the Nations League on Sunday.

Clarke couldn’t resist the temptation to get in a dig after the Slovakia victory. “Scott McTominay, who supposedly can’t play in central defence, was excellent,” he said after previously admitting that the United midfielder was being employed as an “oval peg”, which is supposedly better than a square one in fitting into a round hole.

McTominay is part of Clarke’s answer to the question of ‘how do you get Kieran Tierney and Andy Robertson in the same team?’ but with the Euro 2020 play-off final next up after a testing trip to Czech Republic on Wednesday, Scotland need McTominay to maintain this weekend’s performance levels to help Clarke keep the sceptics quiet before heading to Serbia next month.

And if McTominay can justify Clarke’s approach, maybe it could give Ole Gunnar Solskjaer an idea in the scarcity of many others.

One month away from a crucial play-off and Steve Clarke has no idea what his best XI is and is persisting with Scott McTominay at the back. Superb.

Normally this would be the ‘Football League game to watch’ segment but the most interesting EFL game this week took place at Valley Parade on Monday night and none of the three others are being screened.

So we’re heading to the continent for a football fix that doesn’t involved the Home Nations or Ireland. If the replay of the 2018 World Cup final, Croatia v France, doesn’t grab you by the balls, then how about Italy v Netherlands?

Frank De Boer needs a win – or at least a goal – since Netherlands are now three games without either. Two of those shutouts happened to start his nascent reign and De Boer was already fed up after being held Bosnia on Sunday: “Everyone needs to look at themselves in the mirror because we created five 100 percent chances and didn’t take any of them.”

In contrast, Italy are unbeaten in 18 games and are top of the Nations League group by a point. Putting six past Moldova last week has left Roberto Mancini in a much sunnier frame of mind, even after a goalless stalemate in which he felt “everyone did well”.