Home All The News ‘Naughty’ Mitrovic claims fatherhood has changed him 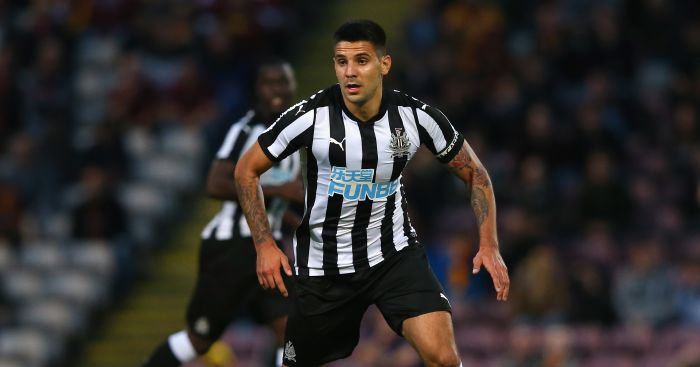 Newcastle United striker Aleksandar Mitrovic has claimed that being a father has seen him grow up and “become a man”.

The Serbia international will get a second chance at Premier League football this season after being part of the Magpies side that was relegated to the Championship in 2016.

He is known for being a bit of a bad boy on the pitch and Mitrovic admits that football has put him on a good path.

“My father tells me I would have been a criminal or a kick-boxer,” he said in an interview with the Daily Mail.

“But fatherhood has changed me – a lot. I try to do everything for my son so that, when he grows up, he can say that he was proud of his father.

“Sometimes before, you would get bored or lose focus, now there is always something to push me hard. I have become a man.”

Mitrovic also reflected on his childhood in which he found himself in trouble on many occasions.

“The most trouble I was ever in was when we were dropping rocks at the train as it came towards the bridge,” he added. “Everyone did it, but it was mine which smashed the window. The train had to stop.

“I ran and ran all the way home. My parents were mad. ‘Why always you?’ they shouted at me. I thought I was just unlucky. Looking back, I shouldn’t have been doing it.

“But I was always making stupid decisions and getting in trouble. If someone said, ‘You can’t go there, don’t jump off that’, I would do exactly the opposite, I was naughty.”

Mitrovic was sent off just six minutes into his home debut in the Premier League but he reveals that he now has a way of dealing with his temper.

“When I first signed for Newcastle, I was still a boy. If I lost my temper on the pitch then I could not even count to one,” the striker said. “Now, I get to six, sometimes seven.”