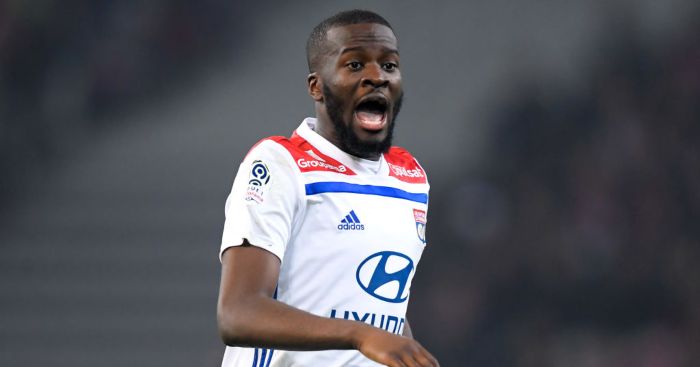 Ndombele completed his £53.7m move to Tottenham on Tuesday, with the fee potentially rising to £62.5m with add-ons.

He is the signing that finally matches their big club status, arriving after some sensational performances with Lyon.

The midfielder was so impressive in France that Mauricio Pochettino is reported to have persuaded him to join by telling him not to change his style.

In his first interview since the move, Ndombele has echoed that message by vowing “to bring what I know I can do”.

“I am very happy to be here and looking forward to playing in the new stadium,” he told the club’s official website.

“It’s very simple for me – Spurs are in the top four teams right now in England. I believe that my style of play is well suited to English football and Tottenham are giving me the opportunity to show that, so I am extremely happy to be here.

“I hope to be able to bring what I know I can do – to do my bit for the team. The squad works really well together so I hope to start well, integrate, settle into the group and then continue in the same way. To win silverware, that’s also why I am here.

“For me, I hope we can win the Champions League, just like everyone does. You know, the Champions League is a really tough competition to win. Things are decided by small margins and the strongest team doesn’t always win. I just hope I can win it next season with Tottenham – that would be perfect for me.”