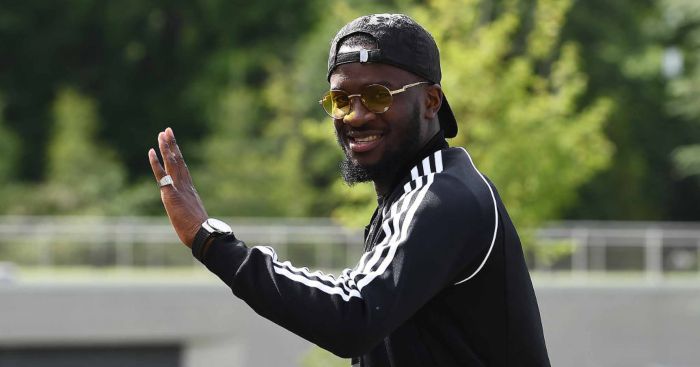 Tottenham have moved closer to shattering their transfer record as Tanguy Ndombele has arrived in London to complete a move from Lyon, according to reports.

Ndombele has emerged as Mauricio Pochettino’s priority signing as the Argentinean looks to refresh a squad that lost the Champions League final to Liverpool earlier this month.

Tottenham‘s previous transfer record was the £42m fee paid to Dutch side Ajax for the services of Davinson Sanchez.

Agreeing personal terms with Ndombele is ‘not expected to be a problem’ and Spurs are ‘confident’ they will get the deal completed.

With apparent late interest from fellow Premier League side Manchester United, Mauricio Pochettino has ‘convinced him that the next step of his career would be best served at Spurs’.