Home F365 Features Negative stats: Every Premier League club is sh*t at something 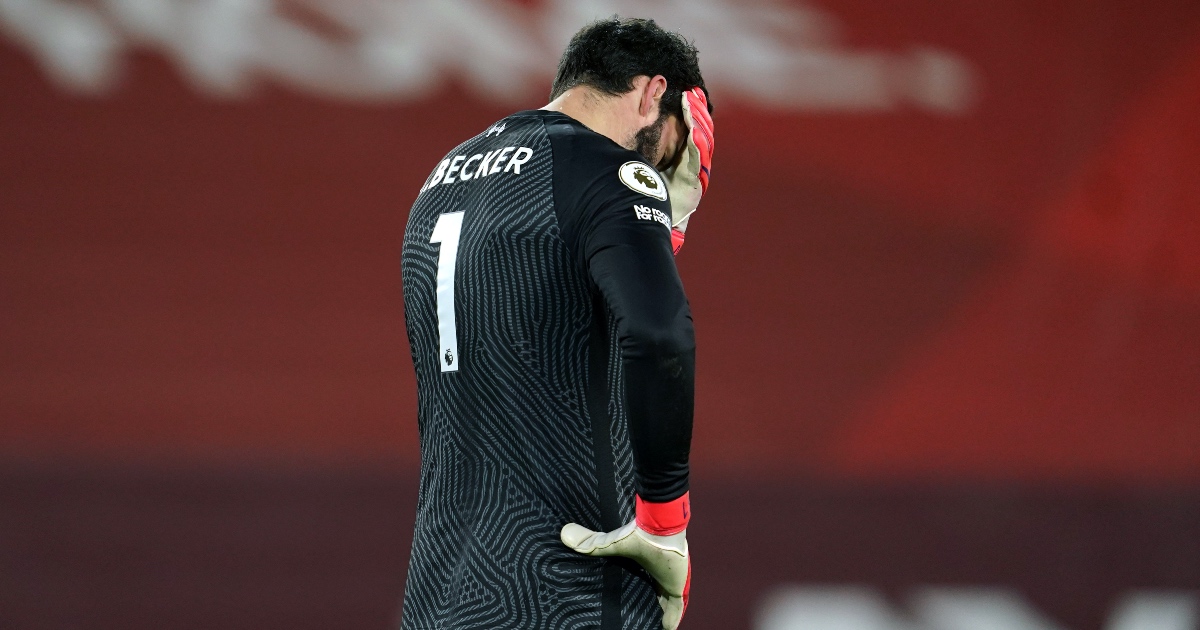 We’ve done the positives; here are the negatives. Thanks to FBref and WhoScored for the Premier League statistics, all of which are per 90 minutes unless otherwise stated.

Aston Villa – highest number of opponent’s crosses into the box (10.6)
As good as Matty and Matt have been at full-back this season, they could perhaps do more to stop those crosses.

Brighton – lowest shots on target percentage (25.2)
Graham Potter’s side rank ninth in the league for shots (11.9) but they’re wayward to say the least. Danny Welbeck has the highest on target percentage of any of them with 40%, but that still doesn’t put him in the top 50 players in the Premier League.

Burnley – lowest pass completion percentage (70.6)
The most play the percentages team in the Premier League doesn’t give two sh*ts about this particular percentage.

Chelsea – most managers sacked (1)
Tied with the Baggies; regretting the decision less than the Baggies.

Crystal Palace – most times dispossessed (15.1)
Jordan Ayew (3.73) is second overall in the Premier League and Jeffrey Schlupp (3.43) sits fourth. Come on guys, if anyone is going to lose the ball, let it be Premier League leader Wilfred Zaha (4.11); you literally can’t win without him.

Everton – fewest counter-attacking goals (0)
Tough to find something Everton are the worst at and they share this particular accolade with Southampton, Sheffield United, Burnley and Brighton.

Fulham – lowest goals minus expected goals total (-8.0)
Assuming the eight extra goals they should have scored were split evenly across eight of their draws (because why not?), Fulham would be level on points with Arsenal. Scott Parker’s side also lead the way in unsuccessful touches (18.3), which may explain the profligacy.

Leicester – fewest long key passes (0.7)
Remember the Danny Drinkwater-Jamie Vardy axis? You can bet Danny dreams of those heady days from the treatment table at Kasimpasa. Now a distant memory under Brendan.

Leeds – most times dribbled past (13.1)
Bound to happen in the man-marking system, to be fair.

Manchester City – fewest interceptions (6.95)
They’ve also made the fewest blocks (11.4) and clearances (14.1), which makes this seem like less of a negative and more a case of not really needing to defend all that much.

Newcastle – lowest successful pressure percentage (25.9)
Steve Bruce’s side rank seventh in the league for number of pressures, but are absolutely rubbish at it.

Sheffield United – fewest fouls drawn (7.74)
Other than having the fewest points, which admittedly isn’t great, the Blades aren’t the worst at anything all that troublesome.

West Brom – fewest key passes (5.13)
They’ve also had the fewest touches in the attacking penalty area (14.8) and have conceded 16 more goals than anyone else. Yikes.

West Ham – fewest penalties won (0)
They’re sixth; David Moyes is the man. This being their negative is pretty good going.