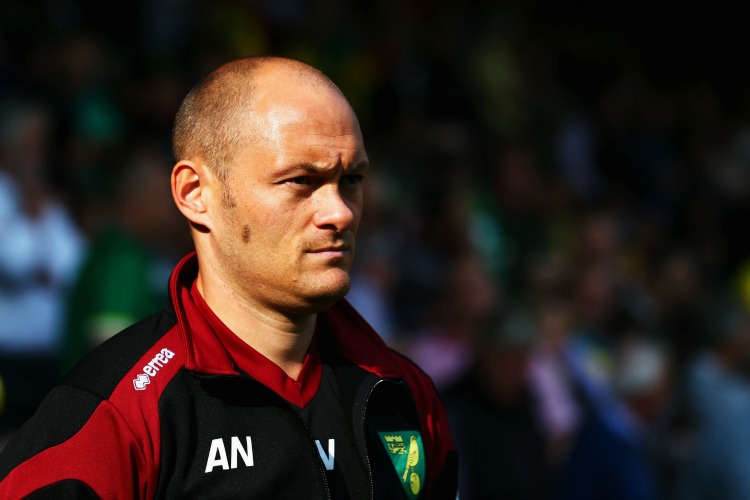 Alex Neil bemoaned Norwich’s “sloppiness” in defeat to Leicester, but was happy with their response in the second half.

Jamie Vardy converted from the penalty spot with 26 minutes gone before Jeff Schlupp doubled Leicester’s advantage shortly after the interval.

Claudio Ranieri’s side appeared on course to cruise to victory but Norwich substitute Dieumerci Mbokani gave the home side hope when he scored after 66 minutes. But the Foxes saw out the win to maintain their impressive start to the Premier League season.

After the game, Neil questioned his side’s poor start and also the awarding of Leicester’s penalty.

“In the first half we have got to try and control games, we’re a possession-based team and they’re a counter attacking team. The pace we moved the ball wasn’t good enough and they took advantage of that.

“We spoke about how that’s when we’re at our most dangerous, when we’ve got possession of the ball.

“We changed the way we played, much more quickly with two up top, and looked to put things forward. We were more direct and it worked for us.

“We had enough chances, but our sloppiness and poor play cost us in the first half. We had enough to get something, but I think when you give yourself two goals to chase you make it difficult.”