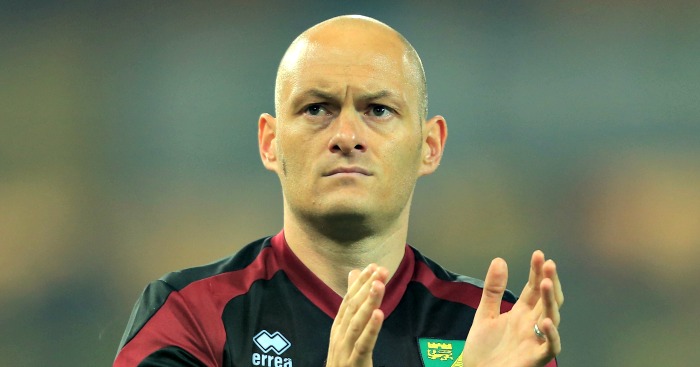 Alex Neil was non-committal over his future as boss after Norwich were relegated from the Premier League.

Nathan Redmond inspired a 4-2 win over Watford at Carrow Road, but it was too little, too late for the Canaries, who returned to the Championship 12 months after coming up through the play-offs.

Sunderland’s victory over Everton rendered Norwich’s ninth win of the season – and third in 17 games – irrelevant as Neil’s side joined Newcastle and Aston Villa in being demoted.

“My future doesn’t really concern me at this moment in time,” Neil said.

“I’m really disappointed and gutted that the club’s gone back down to the Championship and that we didn’t manage, under my management, this season to keep the club in the Premier League.

“I’m just trying to come to terms with what’s happened on the pitch and where we find ourselves.

“I want to sit down with the owners (Delia Smith and Michael Wynn Jones) and have a good chat with them.

“There’s a lot of soul searching and discussions to be had to decide which way the club is going to move forwards.”

And home fans sang in support of Neil in the second half and during a lap of appreciation following the final home game of the season.

The Scot, appointed in January 2015, added: “That, for me, was really, really humbling.

“For them to respond in that way, I didn’t expect. I think it’s really unusual. I can only thank them for that.”

The Canaries ended a four-match scoreless run with goals from Redmond, Dieumerci Mbokani – who scored twice – and a Craig Cathcart own goal.

Since a 3-2 defeat of Newcastle on April 2, Norwich had lost four straight games, including 3-0 at home to Sunderland.

Neil rued the fact his side performed when it was too late.

“It would’ve been a better performance if it had been against Sunderland when it mattered,” he added.