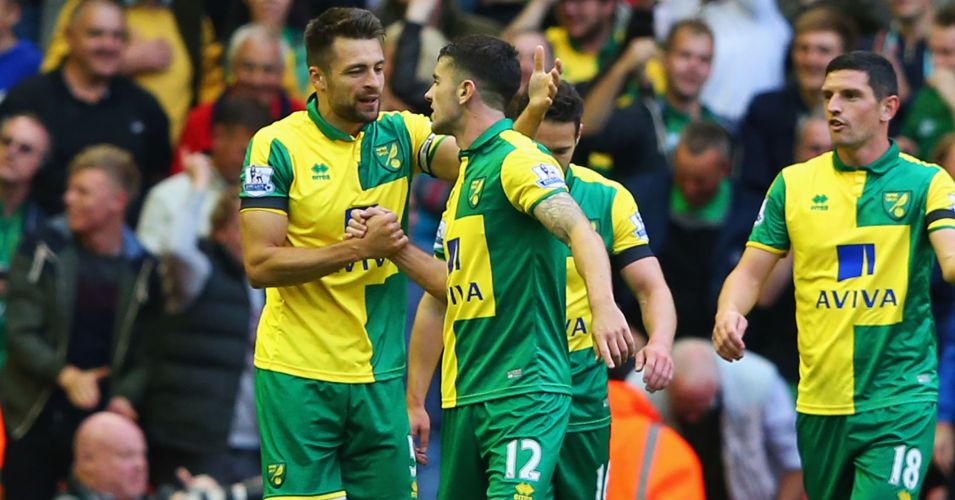 Alex Neil praised Russell Martin’s dedication and trusted the Norwich captain enough to give the defender the final say over his involvement at Liverpool despite becoming a father earlier that day.

Martin scored the Canaries’ equaliser to earn a draw at Anfield on Sunday but only after the skipper had driven back to East Anglia during the early hours to be with his wife as she gave birth to their third child.

The 29-year-old flew back to Merseyside in time to lead out Norwich before capping a memorable day with a neat second-half finish to earn his side a point.

Neil revealed that Martin had the final say over his involvement, with the manager having complete faith in his captain’s judgement.

“Russ understands how important the group is for us and there was no way he would put himself forward if it would harm that group, and his performance showed he was more than ready,” said Neil.

“I left it in Russell’s hands about whether he was going to play or not. He is the captain of the club and would have said if he wasn’t right, for the sake of the team. I think the adrenaline helped him through.”

Neil praised Martin’s dedication and revealed the details of the defender’s late-night dash.

He said: “Late Saturday night, it must have been about 11pm, his wife phoned to let him know the contractions had started and he needed to make his way down there to see the baby arrive.

“He left late, the baby was delivered about 10am on Sunday and Russ was on the first flight back with the directors and owners and put in a real captain’s performance for us. I think it shows how dedicated he is to the team, but I left the decision up to him.”