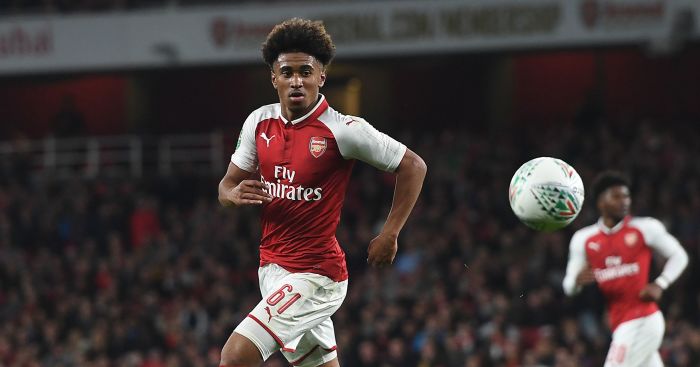 Reiss Nelson has admitted that he could have been playing for Tottenham if Arsenal hadn’t given him a chance when he was nine.

The winger has risen to prominence this season following a number of good performances in Europe and the League Cup.

Arsene Wenger has now made him a permanent fixture in the first-team squad andhe has thrived in a right wing-back role that is unfamiliar to him.

The 17-year-old, who has always been a Gunners fan, has explained how different his early career could have panned out.

“I was nine years old, I used to play for a team in Catford,” Nelson told the Arsenal Weekly Podcast. “I would get up every morning with my brother, get on the train and travel to Catford three times a week.

“I was there for about two months playing for a team called Moonshot FC. I got scouted for Tottenham and was there for three to four weeks before a phone call from Arsenal came. The first session they wanted to sign me so, happy days, I didn’t look back.

“I’m an Arsenal fan, everyone in my family is Arsenal, so it wasn’t a hard decision.”