Wolves have signed Portugal right-back Nelson Semedo from Barcelona for a fee which could rise to £37million. 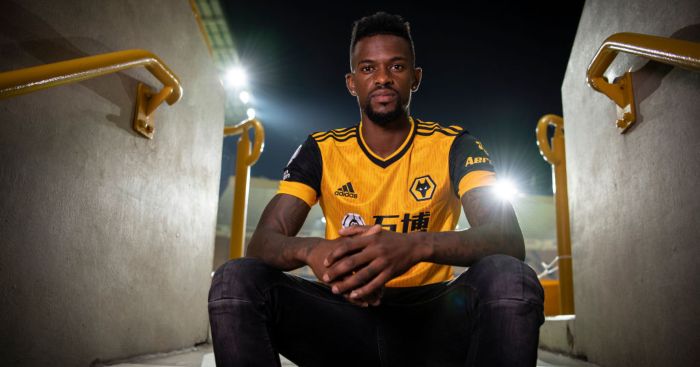 Wolves have signed Portugal right-back Nelson Semedo from Barcelona for a fee which could rise to £37million.

The Premier League club have announced the 26-year-old has signed a three-year deal at Molineux with an option to extend until 2025.

Barcelona confirmed Wolves would pay 30million euros (£28million), plus a further 10million euros (£9million) in add-ons, for Semedo, who has earned 13 caps for Portugal and spent three seasons at the Nou Camp.

FEATURE: Prick of the Week No. 2: Frank Lampard and his alternative reality

Semedo told the club’s website: “I chose Wolves because it’s a very good team that plays very good football. Last year they did a very good season and it’s a very important team in England, in also Europe. I hope this year we can do very good things.”

Semedo is looking forward to linking up with his fellow Portuguese Nuno Espirito Santo, the Wolves coach.

He said: “Coach Nuno is a very good coach. He did very good things here in Wolves, and in other teams too. For sure I’m going to learn a lot from him.”

The move will also unite Semedo with a number of international team-mates.

He said: “I talked with some of them and they told me very good things about the club, about the team. I hope I can help them to succeed too.”

Wolves executive chairman Jeff Shi believes the signing is a coup for the club.

“Nelson’s signing shows we will never stop progressing and we are still hungry and humble in our heart.”