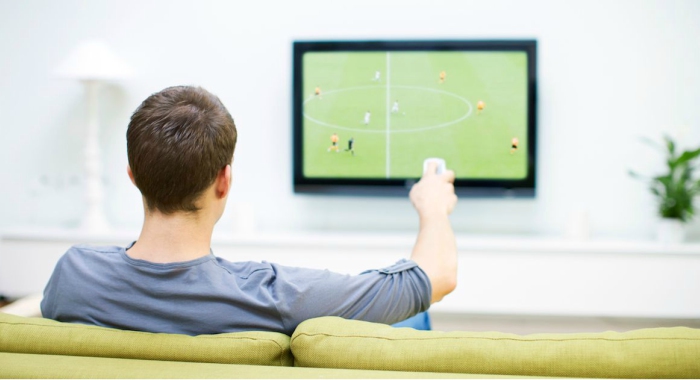 In 2014, wrestling giants WWE launched the WWE Network: its own proprietary streaming service which broadcasts all the events you remember staying up to watch on Channel 4 when you were 13. You know, the Royal Rumble, Wrestlemania, Summerslam, all that jazz.

It was a gamble for WWE, as they were asking viewers to stop paying tens of dollars to watch those monthly pay-per-views and instead pay a relatively meagre $9.99 a month to get access to everything: not just the monthly pay-per-views, but also every single pay-per-view in their video library going back over 30 years. They have since added every single weekly primetime TV show they have ever produced, as well as a lot of good-quality original content.

The navigation on the app is an absolute bear, but overall, the service is excellent, and has been a huge success for the company. Which raises the question: if it can be done in wrestling, why can’t it be done in football? There would clearly be an appetite for the type of content a football streaming service could provide.

Take documentaries, for example. ESPN have long been the standard-bearer in the US, and their productions benefit from a level of access that football clubs generally shy away from. There is also a forthrightness from the players that we are still generally yet to see from our own footballers.

But things are changing on both counts, and not only through mainstream sports broadcasters like BT Sport, whose film version of Michael Calvin’s ‘No Hunger In Paradise’ earlier this year was superb. The general streaming big boys have also dipped a toe in the water, with Amazon following Manchester City around to produce something of a hagiography while they claimed the league title. Netflix have responded with a series following Sunderland’s relegation from the Championship, which will be available to watch from tomorrow.

The boom in football podcasts over the last few years, meanwhile, suggests that streaming services – which still tend to be pitched at more tech-savvy viewers – might be a natural home for critically acclaimed yet cancelled viewing like Sky Sports’ Footballers’ Football Show or BT’s European Football Show. These programmes are about as cheap to make as you can possibly get but wind up on the chopping block because they are hardly appointment viewing; a watch-when-you-want model might be just what they need to keep going for more than a year or two.

Old matches are an obvious way to go, too, if the appropriate rights could be secured. Imagine if you were a Manchester United fan and every single match of the 1998/99 season were available to watch, in full and as originally broadcast? You could watch a couple of games a week and relive the whole thing in practically real time, giving you some much-needed relief from the realities of the current campaign.

The problem, though, is that without live football to go alongside it, such a network would be seen as all filler, no killer. The struggles of Eleven Sports – who have the rights to both La Liga and Serie A, but look set to fold after attracting only around 50,000 subscribers since launching in the UK in the summer – suggest that not enough of us are yet ready to digest sport through (paid) streaming services in a way that also makes sense for the broadcasters.

It’s easy to see why: if you’ve got your box tuned to Sky Sports for the early Sunday kick-off, there’s a decent chance you’ll leave it for the 4pm game, even if it’s a match in which you have little interest. In previous seasons, you might even have left it on for a Spanish game or two later on. Even requiring the viewer to press a button or two to select the next game is an opportunity for them to pause for thought: ‘well, I’ve got the remote in my hands anyway, I might as well see if there’s something on Netflix now’.

Looks like Eleven is lasting four months. Evidence that online-only streaming model probably isn't viable for UK market yet (and certainly wasn't viable for me, who bought a pass and has watched two or three games all season).

Personally, I only ever watch TV through our Virgin TV box for the football. Every second of the rest of the TV we watch in our household is through a Fire Stick or a Chromecast. But that, perhaps, is unusual, if the self-confessed technological incompetence of many other football journalists on my Twitter feed is anything to go by.

A big part of the WWE Network’s success is that in many countries, it is not only the cheapest or most convenient way to access WWE content: it’s the only way. As long as enough football remains available through pay TV services, the incentive just isn’t there for a lot of people to go through the process of breaking their current habits, investing in a plug-in device, and learning how to use it.