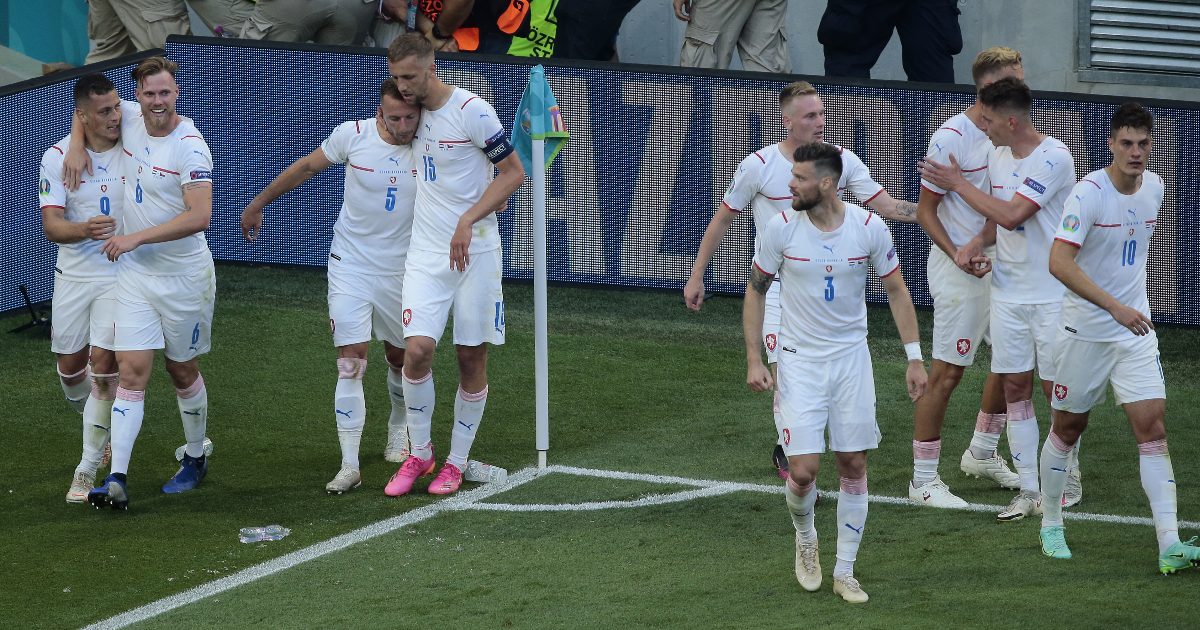 10-man Netherlands are knocked out of Euro 2020 thanks to second half goals from the Czech Republic’s Tomas Holes and Patrik Schick.

The Dutch completely lost their way in front of a capacity crowd in Budapest after Matthijs de Ligt was sent off for handball on 55 minutes.

Holes gave the Czechs the initiative with a powerful header on 68 minutes and Schick wrapped up victory with his fourth goal of the tournament 10 minutes from time.

‘Stick it up your b*llocks’ – ten football sledges and squabbles

The Czechs, who only qualified from England’s Group D in third place, will now face Denmark for a place in the semi-finals.

Holland, who had gone into the game strong favourites after winning their group with a 100 per cent record, had the better of the early play.

They had the first serious chance when Daley Blind clipped a free-kick over goalkeeper Tomas Vaclik to pick out De Ligt but the defender headed across goal instead of at it. The ball fell to Denzel Dumfries but he blasted well wide.

Dumfries had another opportunity when he raced onto a long ball behind the Czech defence but his angle was tight and Tomas Kalas cleared.

The Czech Republic began to threaten and Petr Sevcik whipped in a dangerous cross from the right but Tomas Soucek could not make firm contact with his header.

Another good move by the Czechs saw Lukas Masopust play in Antonin Barak but he scooped his shot over the bar.

Holland went close when Patrick van Aanholt scuffed a shot and they should have taken the lead early in the second period when Memphis Depay put Donyell Malen in on goal with a clever flick.

Malen charged into the area with only Vaclik to beat but the keeper dived at his feet to deny him.

It proved a pivotal moment as the game turned less than a minute later with the dismissal of De Ligt.

De Ligt lost his footing as he chased back and scooped the ball away with his hand as Schick threatened. Russian referee Sergei Karasev initially showed Le Ligt a yellow card but upgraded that to red following a review by VAR.

The Czechs took full advantage of their numerical superiority to take control of the game.

They wanted a penalty for potential handball against Dumfries but nothing was given following a VAR check and Pavel Kaderabek was then denied by a superb block from Dumfries.

The pressure continued and the Czechs eventually broke through on 68 minutes as Holes powered home a header from close range after Kalas headed back across goal following a corner.

They doubled their lead 10 minutes from time with a fine second goal. A long ball from Vaclik was headed into the path of Holes and he took a touch to charge into the area. He then looked up and pulled the ball back for the inrushing Schick to sidefoot home.

There was no way back for the Dutch.