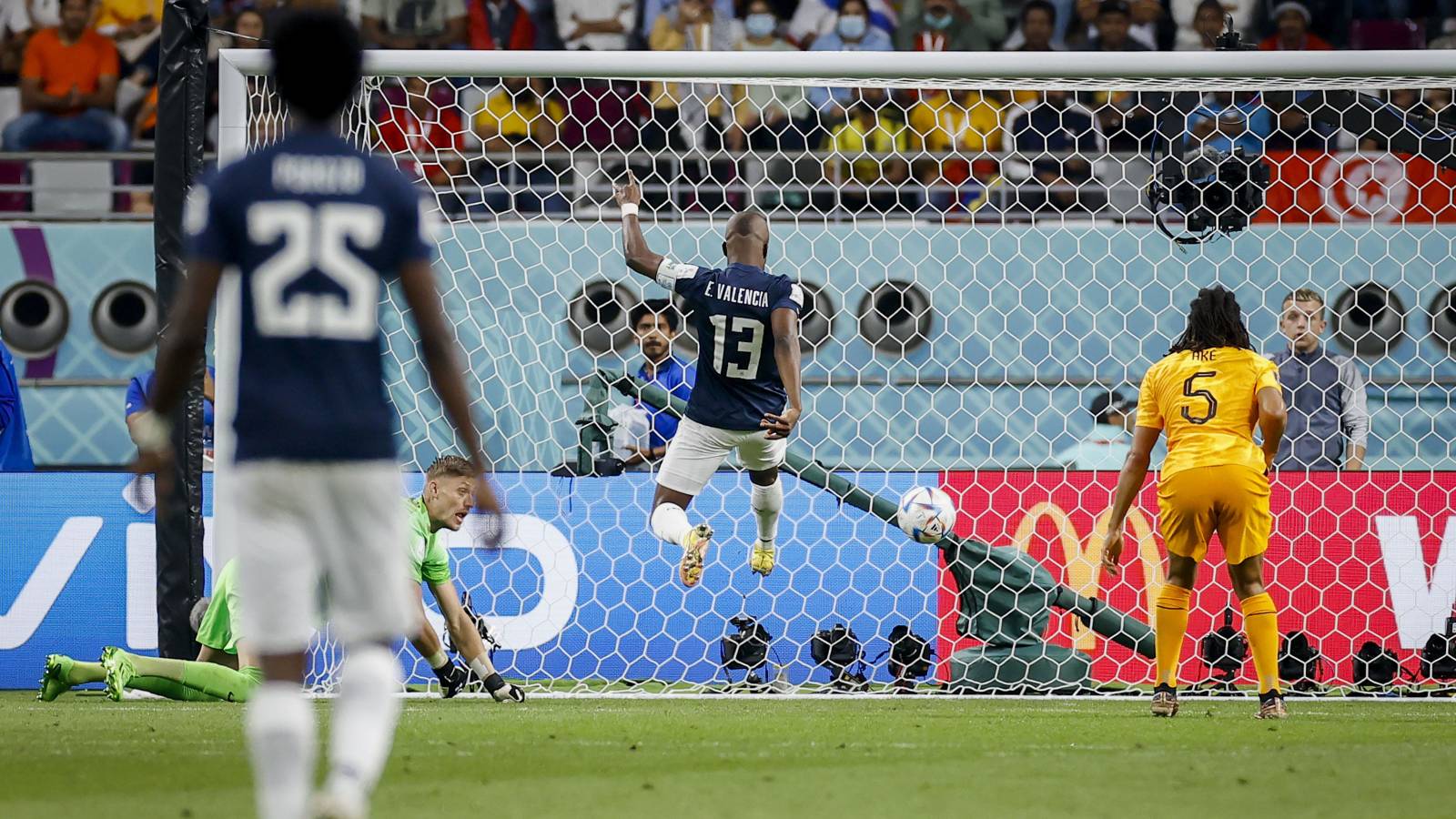 It was a result that condemned Qatar to humiliatingly early elimination from their own wildly expensive party. Qatarxit, if you will. Indeed, only an Ecuador victory could have sustained Qatar’s mathematical if not particularly real hopes into the final round of games, and for much of this game it looked far more plausible than many might have expected.

As they were in a lethargic 2-0 win over Senegal, Netherlands were disappointing here. Especially after getting the very ideal start from Cody Gakpo.

But their midfield is ponderous and lightweight and tonight, when placed under some pretty decent pressure from Ecuador, the defence looked porous too.

We found our attention frequently drawn to Virgil van Dijk, an obviously great defender who it now feels fair to describe as being in the early stages of decline. Nothing dramatic, nothing disastrous, and he’s still obviously better than most. But he’s not the absolute colossus of old.

What we enjoy about early-decline Van Dijk is that he often looks really annoyed about having to do any actual defending. And in this nondescript Dutch team he had to do quite a lot of defending, and he had to do it alongside Nathan Ake which looks like something that could test anyone’s patience.

Van Dijk wore a near-constant scowl that will be shared by many inside his country and out. The love-hate relationship with the World Cup, the Total Football, the undoubted ‘nearly men’ status of the country who have without doubt left the biggest impact on the tournament over the decades without ever actually managing to win the thing, the proud history of absolutely banging kits, means they carry a great deal of neutral support.

And they’re not yet proving worthy of it. They are a long, long way from Total Football. But they are almost pretty much through. Just as importantly, Qatar have gone out on just the sixth day of the tournament which is a small victory but one we should all cherish.

Barring some utter Dutch disaster in their final game against the doomed hosts, they will be in the last 16. And at that point their Dutchness means nobody will really fancy playing them, but really there looks very little to fear here.

That Ecuador ended the game, one in which the brilliant Gakpo lashed home the opening goal inside six minutes, rueing a missed opportunity at another three points says much about the disappointment of the Dutch display but also a fair bit about the calibre of Ecuador’s response to falling behind so early.

Ecuador’s opening win was given little fanfare of its own. Most acknowledged the professionalism and unfussiness of it, often featuring the great football truism that You Can Only Beat What’s In Front Of You, but for multiple reasons both sporting and otherwise it was the sheer hilarious yet infuriating ineptitude of Qatar that captured the attention and imagination.

Today’s performance may have earned only a single point but was clearly one of far greater significance and import. Slowly but surely they got the game back on an even keel after an opening goal that looked like it might set the game on a straightforward trajectory. By the end of the first half they were on top and denied an equaliser by an offside decision. For what it’s worth, it was also the sort of offside decision we’d like to see given more often, where a player who doesn’t touch the ball but is moving around within a yard or two of the keeper is penalised.

Soon after the break, Ecuador had the goal they deserved and it summed both sides up on the night. When the ball broke, Enner Valencia reacted and Nathan Ake didn’t. In fact it was a double victory for silliness from Ake, whose leaden-footed and woolly-headed response to the situation unfolding around him came after his initial starting position had played Valencia on from the initial attempt on goal.

Valencia has now scored a Golden Boot-leading three goals at this tournament so far, and more strikingly has every single one of Ecuador’s last six World Cup goals to his name. He needs one more to break a record he now jointly holds with, among others, Eusebio.

Whether or not he gets it may come down to injury – he left the field on a stretcher late on – but with or without him Ecuador should feel pretty confident of avoiding defeat against Senegal in the closing game based on what we’ve seen from both sides thus far. That would take them into a last-16 clash, and that last-16 clash would very possibly be against England. It would, based on what we’ve seen so far, be tougher than anything Gareth Southgate’s side has yet encountered.

For the Netherlands, the hope must be that they will grow into the tournament. They pretty much have to, but it might also be possible that a team that starts a World Cup campaign with a strike duo of Big Vinny Janssen and Stevie Bergwijn just… isn’t that good?