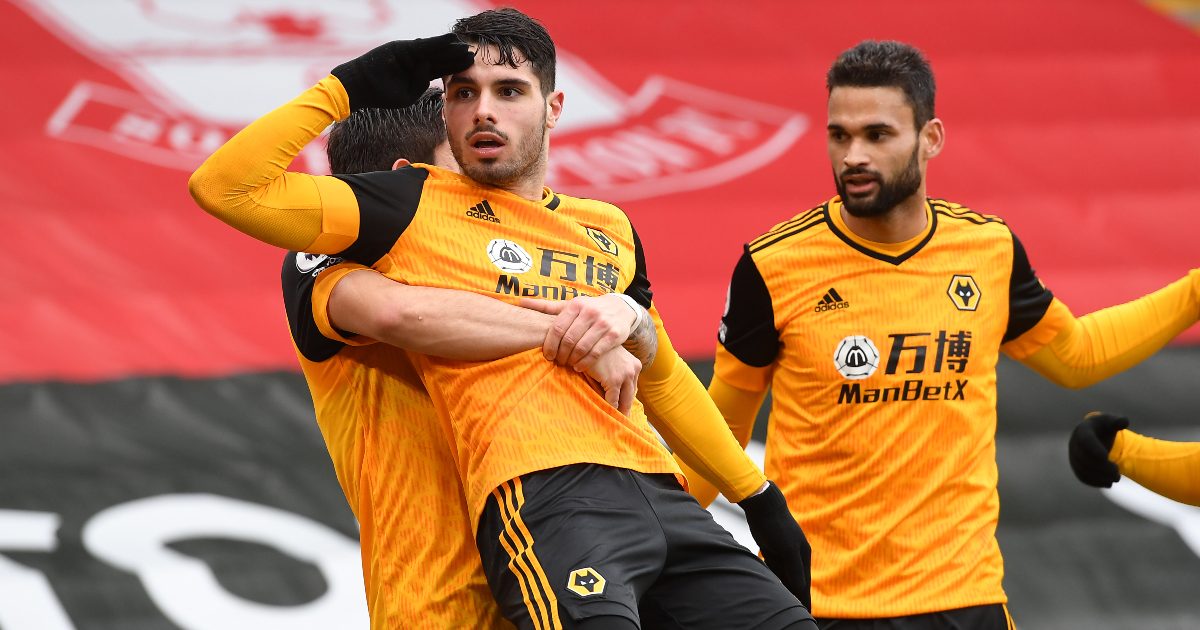 Pedro Neto has labelled his Wolves teammate Raul Jimenez as an “unbelievable player” as he gears up for his return from injury.

Jimenez has been out of action since November 2020. He suffered a fractured skull as a result of a clash of heads with Arsenal defender David Luiz at the Emirates.

The striker has now been out of action for almost four months but he has returned to full training and he is readying himself to return.

Fabio Silva and Willian Jose have played in Jimenez’s absence. But Wolves have struggled for goals without their star forward. In their 22 games without him, they have only scored 19 goals.

Jimenez spent a season with Atletico Madrid before he joined Benfica in 2015/16. He scored 31 goals from 120 appearances for them prior to his move to Wolves.

The Mexican joined Wolves in 2018 initially on loan. This deal included an option to buy him permanently for around €38m the summer after.

Nuno Espirito Santo’s side were eager to make the move permanent as he shone for them in his first year in the Premier League.

Jimenez scored 17 times from his 44 games in all competitions to help his side finished seventh in the top flight.

His form stepped up the year after, as he bagged 27 goals from 55 outings in all competitions. This included 10 goals from his 15 appearances in the Europa League.

Neto joined Wolves in 2019 and he has struck up a great partnership with Jimenez. The 21-year-old told The Express & Star that Jimenez has been sorely missed by him and his other teammates:

“Raul is an unbelievable player.

“It’s true that maybe in the beginning when he was hot, he can score a lot of goals and I miss him in the box, of course.

“Now we have Fabio (Silva) and Willian (Jose) who are doing a great job too.

“But, of course, I miss Raul because he’s an unbelievable player.

“When he plays he understands my game too, so it’s a player that I miss on the pitch and I hope that he comes back fast.”