Home All The News Neuer replaces Schweinsteiger as Germany captain 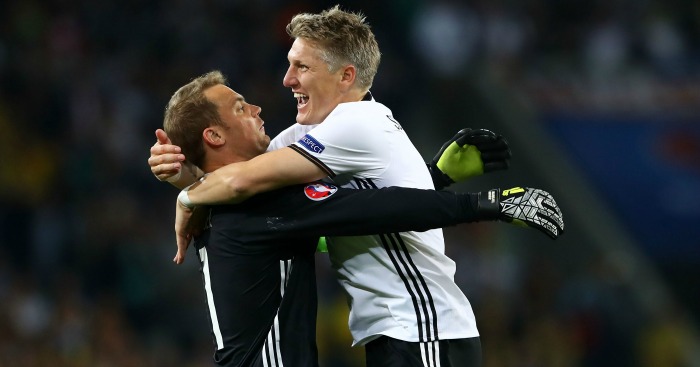 Manuel Neuer has been confirmed as Bastian Schweinsteiger’s successor as Germany captain.

Schweinsteiger, who is among our five players Premier League club’s failed to sell this transfer window, made his 121st and final appearance for Die Mannschaft in a 2-0 victory over Finland on Wednesday.

The midfielder announced his intention to retire from international football after Germany were beaten by France in the semi-finals of Euro 2016.

And Bayern Munich goalkeeper Neuer will now take over the armband having won 71 caps since making his debut in 2009.

“I am proud to be captain of the team,” he said. “But we all know that we need to have more than one leader on the pitch if we want to be successful.

“Key aspects are discussed within the team council and we make decisions together. Of course I know that the captain’s armband is important symbolically.

“I am pleased that the head coach has placed in trust in me by naming me as captain.”