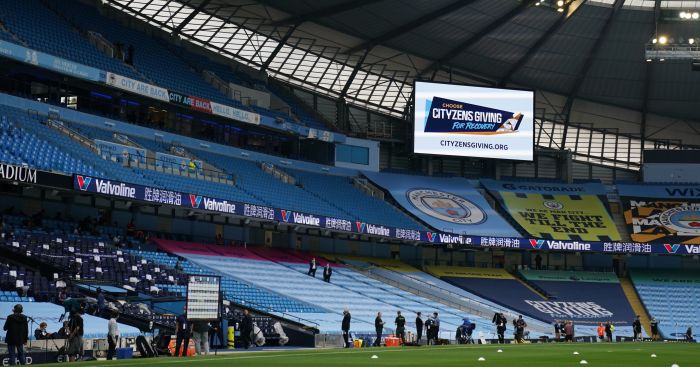 The venue for the Manchester City v Liverpool match on July 2 could be decided on Thursday.

Manchester City Council’s safety advisory group will meet on that date, with the fixture between the Premier League’s top two teams the only one without a confirmed venue at this stage.

It had been on a list of five fixtures which the UK’s football policing lead said at the end of last month was set be played at a neutral venue at the request of the local force.

‘Mourinho is fierce and surly as a woman’? It’s Mediawatch…

A spokesperson for Manchester City Council said: “The decision on the match between Manchester City and Liverpool going ahead at the Etihad Stadium on July 2 is under continued review.

“The next meeting of the Safety Advisory Group is on Thursday (25 June) after which we may be able to provide an update.”

The City v Liverpool game is the only one which has not subsequently been confirmed to be played at the original home venue.

The Liverpool fans’ group, the Spirit of Shankly, have asked for input to the meeting along with the City fans’ collective the 1894 Group.