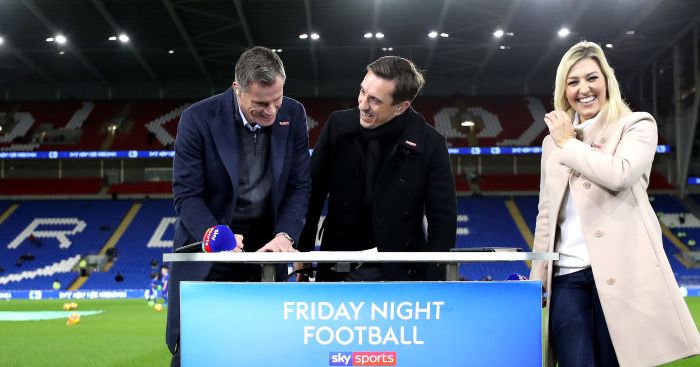 With Manchester City and Liverpool expected to comprise the first two places once more, debate rages on as to how the rest of the spots will fill out.

Neville and Carragher agree on Champions League finalists Tottenham finishing third, but clashed when it came to fourth place.

Neither believe Chelsea are capable of securing Champions League qualification through league placing for a second season, with Manchester United and Arsenal their picks.

“I think United will get into the top four,” he told Sky Sports.

“Not because of what happened last week, I think United have got more options at centre-forward: Martial and Rashford.

“I think Chelsea will struggle to score goals and losing Hazard was devastating for them.”

“It’s a toss up with Arsenal,” Carragher said. “It’s whoever goes furthest in the Europa League, that could cause a problem.

“If we’re talking about Manchester United having more options up front than Chelsea – yeah, totally agree with that. But I actually think the fire power Arsenal have might edge Manchester United.

“I think in Lacazette and Aubameyang, that’s a proper goal threat. Probably as good as anything with two strikers.”