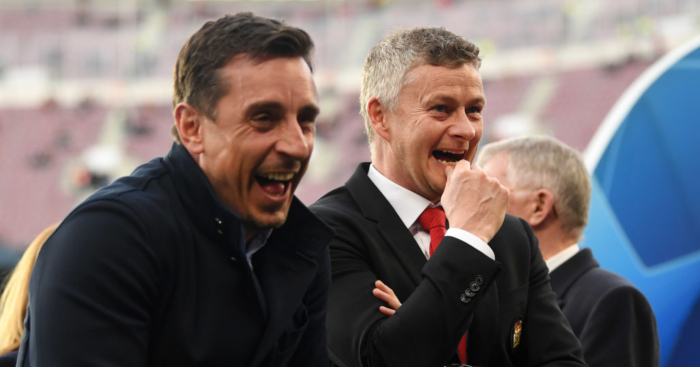 Gary Neville thinks there are three key positions that Manchester United need to strengthen in the summer transfer window, with midfield an area of concern if they lose Ander Herrera to Paris Saint-Germain.

Herrera’s contract is up in the summer and there have been reports over the last few weeks that he is set to move to the French champions.

Reports also claimed on Wednesday that Ole Gunnar Solskjaer wants to rebuild his United squad with youngster Scott McTominay at the heart of his new-look side.

Despite that, Neville thinks Herrera will be a huge loss and that midfield will be one of three areas that United should look to strengthen.

“United need to strengthen at the back with full-backs and centre-backs, they need another midfield player,” Neville told Sky Sports.

“Reports this morning are that Herrera is going to PSG, so they’ll need to strengthen in midfield just to replace what’s there.

“They can’t all be [Paul] Pogba sort of ability.

“You need people like Ander Herrera, who has done a brilliant job, he’s been a great pro, he’s been good to the club, he’s behaved well. Everything’s been right about him.

“He does a good job in certain games, he compliments what Pogba is and what Matic is.