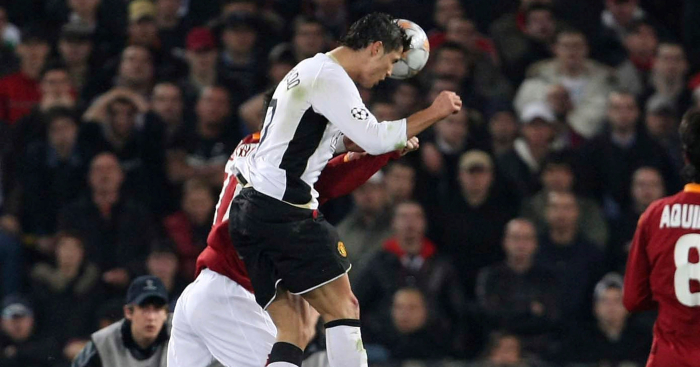 The Portuguese left Old Trafford in 2009, and will face his former club in the Champions League with the dark cloud of recent rape allegations hanging over him.

He is likely to receive a warm reception in Manchester however, where he won nine trophies in six years.

As part of his return, former teammates Neville and Scholes have named their favourite Ronaldo goals.

“His goal that he scored against Roma, to this day, is the best goal I’ve ever seen,” Neville told ESPN.

“It’s the most miraculous goal that I’ve ever seen. He jumped from the edge of the box and headed it on the penalty spot at full speed.

“And he’d sprinted from the halfway line nearly. I had never seen anything like it.”

“Some of his goals were unbelievable and his free-kicks,” Scholes added. “It’s not a big goal but against Fulham away when we were going for the league.

“That was the dribble and the finish and the celebration afterwards.

“I don’t know why because of all the great goals he scored. I know it was a great goal but that’s the one that I always think about Cristiano for.”