Home All The News Nev: Rashford is every bit as good as Mbappe & Dembele 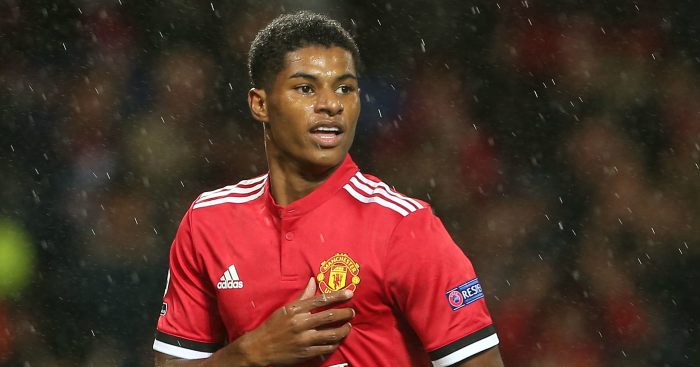 Phil Neville thinks that Marcus Rashford is in the “same bracket” as Kylian Mbappe and Moussa Dembele and would fetch between £100m-£150m in today’s transfer market.

Rashford scored twice in the first 17 minutes of Manchester United’s 4-1 victory over Burton Albion in the EFL Cup on Wednesday, which takes his total to five in all competitions this campaign.

And Neville doesn’t think that the England international gets the praise he deserves compared to the likes of other young stars such as Mbappe and Dembele.

“Everybody praises Ousmane Dembele and Kylian Mbappe but nobody talks about Rashford in this country,” Neville told Sky Sports.

“Because he’s English we just say ‘he plays on the left wing, he’s OK’. He is up there with Dembele and Mbappe, who also play on either wing. People say you have to play Rashford as a centre forward but you can play him anywhere because he is good enough.

“Rashford is in the same bracket as those two – £100m-£150m players – he is every bit as good as those two and can be in the future because he is improving every season.

“He broke in under Louis van Gaal and set the world on fire, in his second season under Jose Mourinho everyone thought he wouldn’t play but he did in all the big games. Now he is adding goals to his game and he can be absolutely world class.”