Home All The News Nev rejoins Sky, will be reminded of Valencia daily 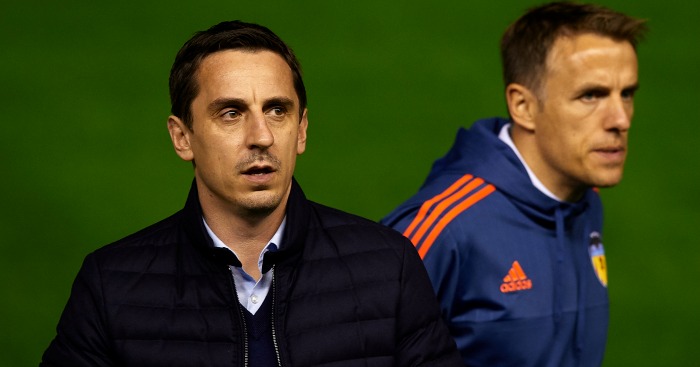 Gary Neville is set to be reminded of Valencia every single day after rejoining Sky Sports as a pundit.

Neville had been a pundit for the broadcaster since his retirement at Manchester United in 2011, taking over from Andy Gray.

The England international became a staple of Sky’s football coverage, co-commentating on games, and becoming a main analyst on their Monday Night Football show.

Neville left that post to begin his managerial career in late 2015, as he was appointed head coach of Spanish side Valencia.

His stay in Spain was rather unsuccessful however, as he managed them to just three wins in 16 La Liga games, with no clean sheets recorded in that time.

He was sacked as manager within four months, and a poor 2016 continued after he played a part in England’s dismal European Championship.

But the 41-year-old is now returning to familiar ground after Sky announced his return.

“I am delighted to be rejoining Sky Sports and can’t wait for the start of the new football season, especially as there will be a variety of new programming on the channel,” Neville said.

“It is important for me that my role will be slightly different, and I am looking forward to the challenge of working on some new, creative and exciting projects.”